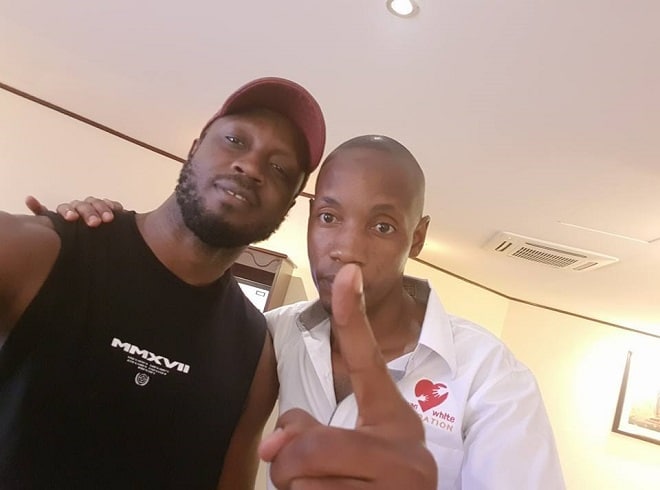 Following the latest developments at the Brian White Foundation aka the Podium where several artistes(if not all) were fired, we bring you the details of how Gagamel boss Bebe Cool survived the humiliation and embarrassment at the podium.

Bebe Cool’s not being at the podium raised several questions as he is well known to be a strategic business person who will hardly miss on any business oriented plot around as seen before on Uganda Cranes gigs and Tubonga Nawe project among others.

Credible sources revealed to us that Bebe Cool was among the first artistes that Brian White approached first to get them onto the band wagon. However as always the controversial singe set tight conditions for Brian White.

The two first met at Kampala Serena Hotel where Bebe Cool was in a fundraising campaign for a baby who was meant to go for a surgery. Brian White handed over Shs 10 million as a token of appreciation to Bebe. However many speculated this to have been a coax to convince Bebe Cool onto the podium.

This carried some truths as few days later, Brian White asked Bebe Cool to join them for their first event at Kakyeeka Stadium in Mbarara on a Shs 20Million budget.

However Bebe Cool apparently demanded for a very expensive Range Rover ride that Brian White promised to deliver, though he never did so.

After being advised by his friends, Brian White chose to give up on Bebe Cool saying he was so expensive.

This is not the very first time Bebe Cool has turned down offers from several people. The very first incident was the Coke Studio incident where he set tough conditions that almost got the organisers dropping him.

“Most of those artistes go abroad and sleep in people’s garages because of excitement” he said.

Bebe Cool also added that he has to get a treatment he is worth before he goes to perform.