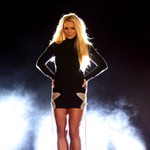 HBO’s Tina is at least the fourth examination of Tina Turner’s life story (following her 1986 memoir I, Tina, the 1993 biopic What’s Love Got to Do With It and 2019’s Tina: The Tina Turner Musical, now up for 12 Tony Awards and set to reopen on Broadway in October). But the film does not simply rehash Turner’s story. Rather, it offers her own definitive take of the abuse she experienced while married to musical partner Ike Turner by way of examining, decades after she left him and embarked on a solo career, how the trauma of that abuse still affects her today.

Turner’s comeback is one of rock ‘n’ roll’s most impressive successes, a feat that Tina underscores as it recounts her struggles to make it on her own following her split from Ike. While Tina reiterates that it’s impossible to talk about Turner’s success as a singer without recognizing her former husband’s influence on her career, it also brings a new perspective on what it means to be a survivor. Although Turner’s divorce was finalized in 1978 — and Ike Turner died in 2007 — her identity will always be linked to that of her ex-husband’s. That Ike casts such a large shadow over her life (she reveals that even today, at age 81, merely discussing him can invoke nightmares) says much of the demand for her as a public figure. As we admire her for the obstacles she overcame, we unintentionally force her to experience them in perpetuity.

HBO’s The Bee Gees: How Can You Mend a Broken Heart is another film about reflection. Director Frank Marshall follows brothers Barry, Robin and Maurice Gibb as they achieve early success as a folk group before finding the sound that would make them one of the best-selling acts of all time. But as the documentary suggests, the brothers’ personal relationships with one another were not always as harmonious as their singing voices; what could have been your average sibling squabbles were only heightened by fame and success. The ego clashes that took place within the studio would linger long after the recording sessions ended.

But it’s at the start of the film that Barry, the last remaining survivor, admits that his own memory is one-sided; he tells the story of the Bee Gees — and the Gibb family — from his perspective, knowing that his brothers aren’t around to offer their versions. In that sense, the film feels more like a peek into the Gibb archives than it does a traditional music doc. It follows a familiar narrative trajectory — they find incredible success, only to see their sound fall out of favor following the public backlash against disco’s mainstream ubiquity ­— but Marshall’s doc does more for the Gibb brothers than reframe their position as one of pop music’s most important and influential groups. It insists the brothers never got their due as artists but places more importance on the family bond that brought their talents together.

If these three docs are about looking back, then Apple TV+’s Billie Eilish: The World’s a Little Blurry is about looking forward. Director R.J. Cutler had the great foresight to follow the now-19-year-old singer, who in 2019 made her debut with the chart-topping album When We All Fall Asleep, Where Do We Go? when she was just 17. The World’s a Little Blurry follows Eilish as she records the album with her brother, Finneas, in their bedrooms at their parents’ house in Los Angeles, seemingly aware that she’s on the cusp of superstardom.

Like How Can You Mend a Broken Heart, the Eilish doc also serves as a family portrait with the singer’s brother and parents featured significantly; while Finneas serves as her co-songwriter and producer, her parents are compassionate role models as they prepare her — and themselves — for her overwhelming success at a young age.

The film also depicts Eilish’s relationship with celebrity as her star rises. Her backstage meetings with Katy Perry (who offers unsolicited advice to the young singer) and Justin Bieber (on whom she still harbors an intense teenage crush) show both sides of Eilish’s public persona: one that is too cool for school (literally — the homeschooled teenager exudes an impressive maturity), the other refreshingly candid about her emotions and vulnerabilities.

Eilish’s self-awareness gives the sense that the cautionary tales at the center of Framing Britney Spears, Tina and How Can You Mend a Broken Heart may have already influenced young celebrities today. While Eilish is still at the beginning of her career (her sophomore album, Happier Than Ever, dropped July 30), The World’s a Little Blurry offers a glimmer of hope that Eilish will not have to repeat the mistakes of her pop forebears. And hopefully we as consumers also will learn that our pop icons are human, too, no matter how otherworldly their celebrity status makes them appear.