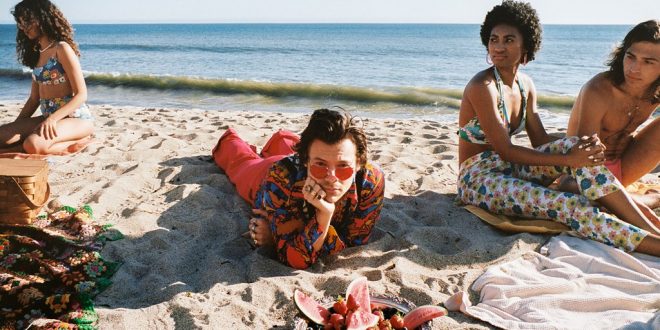 How Harry Styles’ ‘Watermelon Sugar’ Became His First No. 1 Single on the Hot 100

This year was already an incredibly fruitful one for Harry Styles on Billboard charts, thanks to the consistent success of his Billboard 200 No. 1 album Fine Line and its top 10 Billboard Hot 100 hit “Adore You.” But now, he’s scaled to new heights – garnering his first No. 1 on the Hot 100 with the Fine single “Watermelon Sugar.”

So far, since Fine Line‘s release last December, the set has yet to depart the top 25 on the weekly Billboard 200 chart, and has earned over 1.6 million equivalent album units in the U.S., according to Nielsen Music/MRC Data. Meanwhile, the album’s songs, including “Sugar,” have generated 1.34 billion on-demand streams.

In addition to big news about Styles and “Sugar,” the new episode features an interview with Pentatonix’s Kirstin Maldonado and Kevin Olusola. The pair join the show to discuss the quintet’s new covers EP At Home and what it’s been like recording the project at home in quarantine and what’s next for the group.

The Billboard Pop Shop Podcast is your one-stop shop for all things pop on Billboard‘s weekly charts. You can always count on a lively discussion about the latest pop news, fun chart stats and stories, new music, and guest interviews with music stars and folks from the world of pop. Casual pop fans and chart junkies can hear Billboard‘s senior director of charts Keith Caulfield and senior director, music, Jason Lipshutz every week on the podcast, which can be streamed on Billboard.com or downloaded in Apple Podcasts or your favorite podcast provider. (Click here to listen to the previous edition of the show on Billboard.com.)