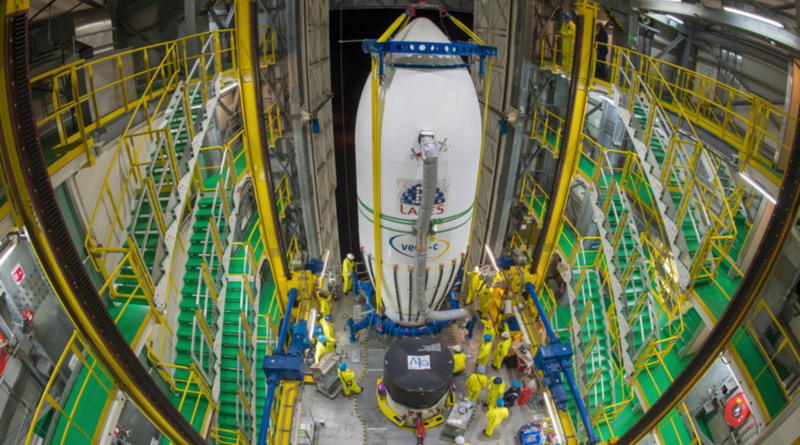 The European Space Agency is ready to launch its brand new Vega-C rocket. Here’s what you need to know about the mission and how you can watch this latest medium-lift rocket blast off for the very first time.

Update: July 13, 9:26 a.m. ET: ESA’s new Vega-C rocket successfully lifted off at 9:13 a.m. ET (13:13 UTC) from the space agency’s launch facility in Guiana. The countdown had been stopped twice, but the third restart proved to be the charm. Fairing separation was confirmed roughly 5 minutes after launch.

The fully stacked Vega-C launcher, with its four stages, stands about 114 feet tall (35 meters) atop the launchpad at Europe’s Spaceport in French Guiana. The medium-lift rocket is scheduled to takeoff as soon as Wednesday July 13 at 7:13 a.m. ET, pending suitable conditions for launch, according to ESA. The space agency will begin broadcasting the launch event at 6:45 a.m. ET on ESA web TV.

For its first trip to Earth orbit, Vega-C will carry the Italian Space Agency’s LARES-2 as its primary payload. The satellite is designed to measure an effect on spacetime known as frame dragging, which is when the rotation of a massive object affects the motion of objects around it. The rocket will also be carrying six cubesats, one to test ways of detecting biomolecules in space, one to test the growing of plants in microgravity, and another to study Earth’s magnetosphere. The other three cubesats will be used to study the effects of space radiation on electronic systems.

Vega-C is a single body launcher that has no booster. Instead, it’s equipped with three solid propulsion stages and an additional liquid propulsion upper module. It is designed to succeed the small Vega launcher, which has been in operation for ten years. When Vega first launched in February 2012, it kickstarted a new era for ESA, delivering small and medium payloads to orbit. As its successor, Vega-C was fitted with a more powerful first and second stage, along with an improved re-ignitable upper stage. Built by Arianespace, the rocket will be capable of delivering 3.3 metric tons to low Earth orbit and 2.2 metric tons to polar orbit.

“Vega-C features major enhancements from Vega, both in the rocket and its ground infrastructure,” Renato Lafranconi, Vega programs manager, said in a statement. “We’ve developed a new configuration with significant changes to many features of a proven concept, but the goal is to deliver major improvements in performance and competitiveness.”

The end result of this is that Vega-C features a larger capacity for liquid propellant, allowing it to deliver payloads to multiple orbits and stay in space for longer periods of time. The rocket can also deliver larger satellites or carry two main payloads. It’ll also be capable of delivering rideshare missions, in which a large number of small satellites are sent to space at a relatively low cost.

And it all begins on Wednesday—or at least we hope. Best of luck to ESA as it looks to boost its launch capabilities.

More: We Can’t Wait for These Futuristic Rockets to Finally Blast Off.