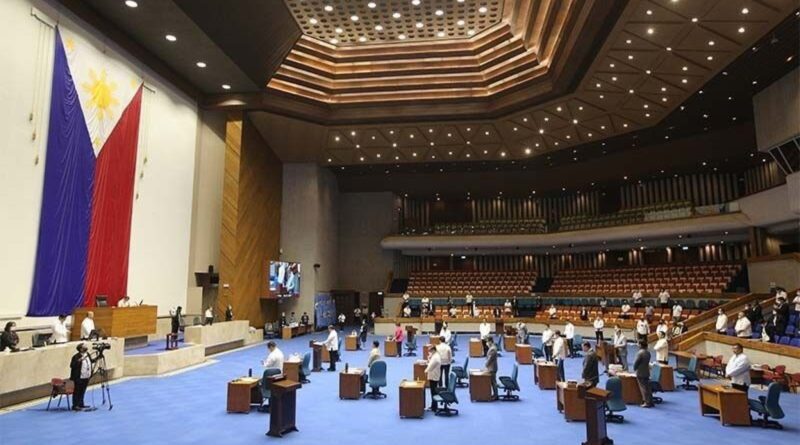 Unpopular as it may be, husbands and wives, mothers and sons and father and daughter/siblings (or half-brothers) have been duly elected by their constituents, and are now set to fulfill their mandates in both houses of the incoming 19th Congress.

MANILA, Philippines — AIt’s a family affair in both houses of Congress.

Unpopular as it may be, husbands and wives, mothers and sons and father and daughter/siblings (or half-brothers) have been duly elected by their constituents, and are now set to fulfill their mandates in both houses of the incoming 19th Congress.

On top of the heap are mother-and-son Senators Cynthia and Mark Villar, whose sister Camille was re-elected representative of the lone district of their hometown Las Piñas, followed by siblings Senators Pia and Alan Peter Cayetano.

Alan Peter’s wife Lani, a former congresswoman, has just returned to the Taguig City Hall as its local chief executive.

There is also the estranged half-brothers Senators Jinggoy Estrada and JV Ejercito, whose sibling rivalry has been public knowledge, not just to their San Juan constituents, but to the national consciousness.

As it is now, no less than president-elect Ferdinand “Bongbong” Marcos Jr. may be guilty of leading the political dynasty himself, having his elder sister Sen. Imee Marcos and his son Sandro as a first-time congressman of their home province Ilocos Norte.

Newly elected Sen. Raffy Tulfo also has his own family affair in the incoming Congress: his wife Jocelyn is a representative of their family party-list ACT-CIS, which topped the May 9 elections and obtained three slots, and their son Ralph, representing Quezon City’s 2nd District.

There is also long-time Sen. Bong Revilla, whose entire family is into politics: actress-wife Lani Mercado returns as congresswoman, their sons Jolo and Bryan will sit as nominee of the new party-list Agimat.

Raymond Democrito Mendoza of the Trade Union Congress of the Philippines was re-elected, along with his daughter Samantha, who represents the South Cotabato district, whose governor is her mother, Emmylou Talino-Mendoza, a former representative.

At the House of Representatives, the husband-and-wife tandem is led by no less than incoming speaker Leyte First District Rep. Martin Romualdez, whose congresswoman-wife Yedda Marie is the first nominee of Tingog party-list.

They are also joined by couple Representatives Jayjay Suarez and his wife Alona in Quezon province, Horacio Suansing Jr. of Sultan Kudarat and wife Estrellita of Nueva Ecija, and Florencio “Bem” Noel and Jaye Lacson of An Waray party-list and Malabon District, respectively.

Amid these developments, re-elected Representatives Lord Allan Velasco of Marinduque and Mikee Romero of 1Pacman party-list, along with Loren Legarda, have taken their oaths as legislators, with Legarda returning to the Senate after representing Antique for three years.

The younger Duterte, who will be the incoming education secretary of the Marcos administration, also attended the oath-taking ceremony of Velasco, a very close friend, held at the Marinduque Sports Complex in Boac town.