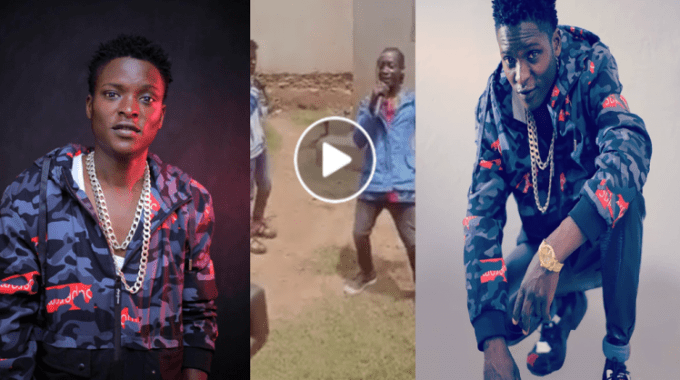 Internet sensation Record Elah Butidah has come out to reveal that he has been doing drugs adding that he has chosen to give up on them.

While appearing on Television last Monday, Record Elah said he had abandoned drugs two days ago.

“Let’s stop that jazz because it’s not good.” He said later adding on that heis looking forward to doing a collaboration with Legendary Singer Juliana Kanyomozi.

“The good thing is I am off the things(drugs) that would have stopped her from giving me a collaboration since she is a respected woman.” he said adding that he chooses Juliana because she was the judge that bounced her at Coca-Cola rated next competition, a thing he says got him feeling so low.

Record Elah has for the last few weeks been trending on the internet following a number of clips that have kept on surfacing showing him doing some of his songs.

His most trending clip is one where he talks about the beauty of married women.