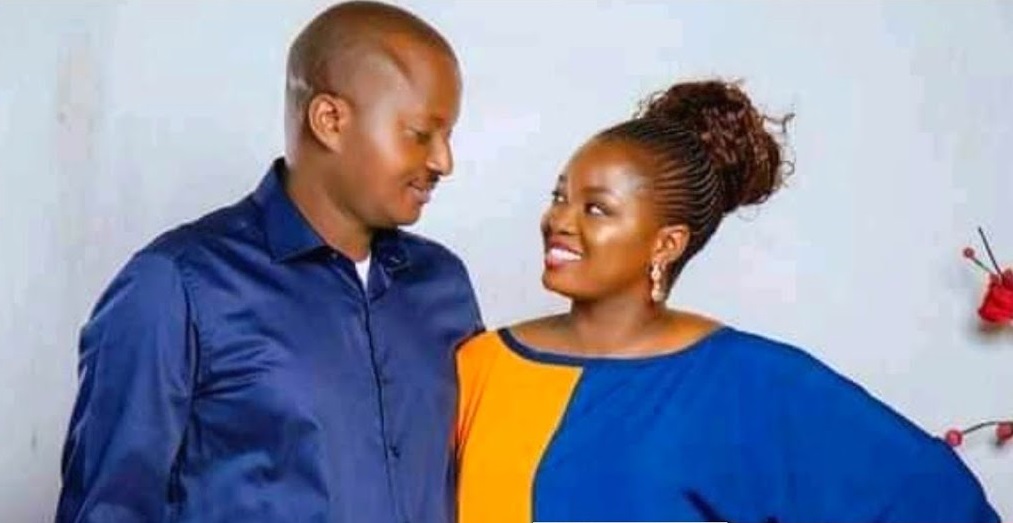 When people talk about the amazing power of love, you could not understand it not until it happens to you.

There are a lot of things that people do to prove the genuineness of their love, this fell to well-known city Pastor Aloysius Bugingo of House of Prayer Ministries during the early days of his relationship with his wife Suzan Makula.

While appearing on the Junction show that airs on the husband’s Tv station, Salt Tv, Suzan said she had the man of God go through several tests to make sure he’s serious about his intentions to see them become an item.

“He was at the supermarket and called me asking me what to buy for me. I told him to buy me a knicker and a bra and that I would wear it for him.” Suzan said.

She further added that his efforts to try explaining how this was putting the pastor’s status and respect on a huge test fell on deaf ears as she emphasized that if he meant his love for here then it wouldn’t be a hard thing for him to do.

Eventually, he bought it and brought it for me he also gave me two Million Uganda Shillings for the bra which he says he couldn’t find.

Makula could not hold it but appreciate how the man of God chose to forget about the high position he holds in society and do many things to prove his love for her.