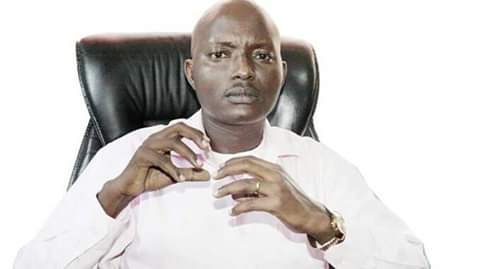 House of Prayer Ministries Senior Pastor; Aloysius Bugingo has come out to sting other churches for holding mass weddings.

While delivering his summon today(April 7,2019), Bugingo could not wait to hit other churches for holding over 900 Weddings for couples.

“Here we don’t hold such “Stupid” weddings. You family members have to attend and enjoy your day. They should not look for you among the many couples.” He says.

Bugingo argues that there should be a difference between a wedding and funeral.

Bugingo says that many of the pastors that hold such weddings cannot include their daughters in such weddings.

He relates these to bosses who give maids dog’s food even when it’s them who prepared it.

He went ahead and advised any of his congregants that support the idea to leave his church.

Churches like; Pr.Robert Kayanja’s Miracle Center and Pr.Sserwadda’s Victory Church among others have organised such weddings.