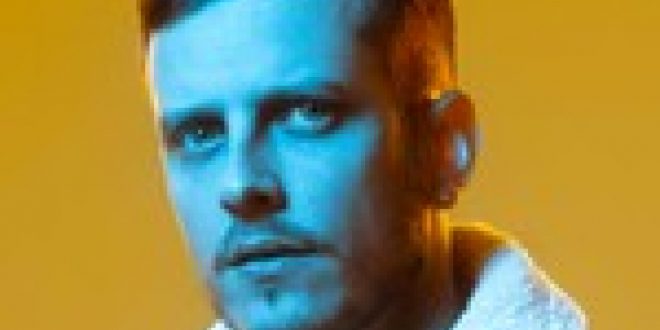 Ilan Bluestone On Almost Losing His Biggest Fan, His Mother: ‘We Said Goodbye Not Knowing If We’d Speak Again’

All that encouragement helped create this moment, and tonight at Madison Square Garden she’s proudly wearing a “I’m Ilan Bluestone’s mum” T-shirt that drew much attention from fans as she queued up outside the iconic venue.

My bond with my mother is a special connection. From her home near London, she keeps a keen interest in my tour life and has been on the road with me in the U.S. and present for milestone ABGT shows at the Ziggo Dome in Amsterdam and O2 Arena in Prague. As a result, she’s become somewhat of a celebrity in her own right amongst my dedicated fanbase. Her appearance on stage during “Bigger Than Love” at a show in New York was her first real taste of what it’s like to be a superstar DJ, with fans cheering and applauding her. “Wow, wow, wow!” she exclaimed after that performance. “Can we do this again soon?!”

So imagine the anguish and horror on April 9, 2021, when a routine check-up resulted in my mom being kept in a London hospital to prepare for emergency open-heart surgery — a triple bypass. On that Friday evening I received a Facetime from my brothers and my mom, who was lying in a hospital bed. I was in total confusion at first, not understanding why she was still there, then in shock and disbelief as she relayed to us the worrying news, a complete bolt out of the blue.

She explained to us that the assisted angiogram examination had revealed that three of her arteries were narrow and blocked. At that point, it was clear the only option for her to survive was to have emergency surgery. The situation was so severe that the doctors wouldn’t even let her leave, for fear she could have a fatal heart attack at any moment. They planned to closely monitor her condition for a few days, with the operation scheduled for following Tuesday.

That’s when things really started to hit home. My brothers and I spent four days and nights on Facetime with our mother, supporting and reassuring her that it would be okay. That she was a young 66, healthy, and strong. That she was a survivor. The days in between the initial phone call and the surgery were without question some of the darkest of my life. Due to COVID, we weren’t even allowed to visit, which of course made everything even harder.

I’ve suffered quite significantly in the past with anxiety and panic attacks; issues I’ve carried for years due to heavy touring and work schedules. Thankfully, I’ve somewhat overcome this in my present-day life; however, my mom’s condition reignited those awful feelings — racing heart and mind, dry mouth, tense muscles and restlessness.

Under normal stressful circumstances, I use music as an outlet, but given my mom’s special support throughout my career, I couldn’t even face going into my studio to write without having flashbacks to those memories of her watching me from the wings or from the crowd or from the doorway of my childhood bedroom. All I could cope with was having my friends come over to my house to distract me.

I’m very active on social media. I love the connection it gives me within my fanbase, and the connection outside of my own world and the four walls of my studio that I sometimes need. So, I took to social media to give the news, not for sympathy, just to be able to talk. In moments of crisis, sometimes we turn to anything and anyone for prayers, faith and love. I was overwhelmed by the immense level of support I received online, not only from my fans, but also some of my musical idols, with phone calls and messages coming from such inspirations as Armin van Buuren, Tiësto, Jono Grant, BT, Ferry Corsten and Dan Rothman of London Grammar, to name a few of the many. Just knowing that they were thinking of us was very comforting.

The day of the operation arrived. I hadn’t slept most of the night, or much at all since we’d first found out. She’d received so many messages wishing her well, and while she’d stayed strong when talking to friends and family from the hospital, inside she was obviously truly petrified. The family had another group call just before she was taken off for surgery. Of all the calls, this one was the most gut-wrenching. I gave her as much positivity as I could, but inside I was a nervous wreck. We said our goodbyes, not knowing if this would be the last time we’d ever speak.

That afternoon, my manager Michael arrived at my house for moral support. We kept it simple, just finding ways to pass the time during the six or seven hours before we’d get a call from the hospital. We cooked some food and watched a film (Fury with Brad Pitt), but my mind wasn’t paying attention. Time was passing in slow motion, and I endured the nervous tension in my stomach as I played the surgery over and over in my head.

Then, earlier than expected, we received a phone call from my brother Danny. The operation was a success. The sense of relief hit like a ton of bricks, a huge weight had been lifted, and I broke down in tears. After I collected myself, Michael and I drank beers to celebrate.

Less than a month later, my mom’s recovery is going well. The doctors were pleased with how she responded after the surgery, and to everyone’s delight and surprise, she was discharged from hospital a few days later. From here, it will just take time. She’ll be house bound for several months as she begins her rehabilitation. In 2014, she set up her own U.K. registered charity Goods For Good, which distributes donated essential goods to those in desperate need in the U.K. and around the world. Donor companies like Nike, Puma, Dune, Next, Focus International, Harrods, and Regatta are just a few of those corporate donors. But now, she has to put a pause on her work commitments to focus on her rest and rehabilitation.

Hopefully, my new album Impulse can be part of her therapy. I’ve been working on this album meticulously for the past two years. The first track I wrote and the first single “Paid For Love” was originally road tested at an Anjunabeats Pool Party during Miami Music Week in 2019. I grew up in the ’80s and ’90s, so those eras were in the forefront of my mind while I wrote these songs. The software I used to write music on back in the day was called “Impulse Tracker” which influenced the title. After working on it for so long, and after everything my mom and I have been through all these years, and especially during this last month especially, it must be more than coincidence that the album comes out on Mother’s Day.

My mom is my number one fan. She’s been there from day one, supporting me after I finished University, encouraging me to follow my dreams and looking after me whilst I focused on nothing but music. I couldn’t have done any of this without her. She’s seen the two years of hard work that has gone into this album — studio sessions going until 6:00 or 7:00 in the morning, after which I gave her quick calls when she woke up to anthem test my new creations. She gave me the same encouragement then as she did when I was just a kid playing guitar in my bedroom.

This album is a dedication to her, and we’ll be together this Sunday, with so much to celebrate.