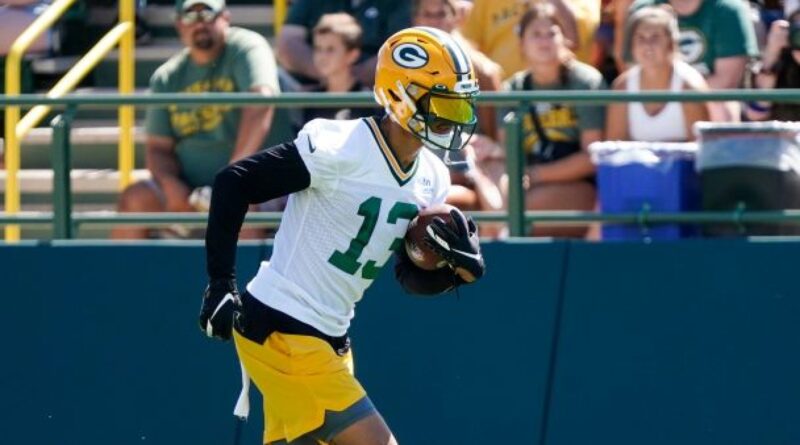 As Week 2 of the NFL season continues, injuries have caused teams to dig into their depth charts and make a few changes to their rotations.

The Dallas Cowboys suffered a massive loss in Week 1 after quarterback Dak Prescott fractured his right thumb against the Tampa Bay Buccaneers. Owner and general manager Jerry Jones said Prescott will not go on the injured reserve list as the team wants him “to be a consideration for playing for us within the next four games.”

The Seattle Seahawks also lost a star player. Safety Jamal Adams is expected to be out for the year after suffering a quadriceps tendon injury against the Denver Broncos on Monday.

New York Giants rookie pass rusher Kayvon Thibodeaux could make his NFL debut against the Carolina Panthers on Sunday. On Thursday, Thibodeaux said he’s “really confident” in his chances to play after missing the opener because of a sprained right MCL he suffered in the second preseason game.

Williams, who suffered a rib injury in the team’s Week 1 loss to New Orleans, will not play against the Rams. While it’s not believed to be a long-term injury, it will put Atlanta in a different running back situation.

Rookie Tyler Allgeier is likely to get some of Williams’ work along with perhaps more of a featured running role for Cordarrelle Patterson. This is similar to what happened after Williams was injured this past Sunday, just without perhaps the same volume of carries.

Dobbins fully participated in every practice this week, which is the first time that’s happened all year. But it’s not certain that Dobbins will play Sunday. Dobbins, who is officially listed as questionable, was noncommittal on whether he would play in his first game since January 2021. “We’ll see,” Dobbins said Friday after practice. “That’s the answer I got to give you. But I don’t know. I truly don’t know. I hope I am. Maybe I am. Maybe not.” If Dobbins doesn’t play, Baltimore will rely on Kenyan Drake to carry the load.

The Panthers already had to adjust when Smith was named the punt returner after veteran Andre Roberts (knee) went on injured reserve following the opener. Now they potentially must again as Smith was added to the injury report Friday. Coach Matt Rhule said Smith was on the “good side” of questionable, but he still has to be prepared. Laviska Shenault Jr. or DJ Moore could step into that role. Rashard Higgins or Terrace Marshall Jr. could move into the third receiver spot Smith earned. Rhule said Marshall had his best week of practice yet.

Lazard has a better chance to play this week than he did last week, when he was listed as doubtful and did not suit up for the opener at Minnesota. He made it through the entire week of practice — albeit with limited reps — without a setback and was upgraded this week to questionable. Before Lazard got stepped on, which caused his ankle injury, he had been penciled in as Aaron Rodgers’ new No. 1 receiver. “I felt very positive, very strong about my ability,” Lazard said this week. “And still do about the rest of the year going forward. Obviously, just a little mishap and kind of get back on the tracks from here.”

Leonard’s season debut will have to wait at least another week as he continues to work his way back from offseason back surgery. Leonard said he has progressed and has consistently rebuilt strength during his recovery, making next week’s home opener against the Chiefs a realistic target for the All-Pro.

Pittman began experiencing pain Wednesday and was removed from practice, but there’s optimism the Colts’ No. 1 receiver will be able to play against Jacksonville. Coach Frank Reich said as much: “I’m optimistic Pitt will be fine.”

Buckner is listed as questionable but plans to test his injury Saturday before the team departs for Jacksonville. Odds are that Buckner will play. He has missed just one game due to injury in seven seasons.

Pierce took a huge hit against the Houston Texans that bent his face mask and he later developed concussion symptoms. He has improved, but not enough to make it back for Sunday. That means the Colts will need to supplement his snaps with one of their reserve receivers.

James suffered a concussion on the Raiders’ final offensive play of the Sunday loss at the Chargers, taking an inadvertent blow to the head from Joey Bosa while diving in an attempt to recover a Derek Carr fumble. James, taken from SoFi Stadium in an ambulance after the game for observation, has not practiced since. Rookie Dylan Parham, the new regime’s first-ever draft choice, a third-round pick from Memphis, is in line to start at center against Arizona. A week after starting at right guard. “We wouldn’t put [Parham] in that position if we didn’t think he could handle it,” Raiders coach Josh McDaniels said. “So, [we] feel comfortable with him being able to play multiple roles.” James, who replaced three-time Pro Bowler and current Cardinals center Rodney Hudson last season, started all 17 regular-season games, plus the playoff loss at Cincinnati.

It was an eventful week for Jones. On Wednesday he said his injured back was “fine” and that he expected to play against the Steelers. But then he missed practice Thursday because of an illness unrelated to his back, before returning for the Friday session. After practice Friday, receiver Kendrick Bourne said: “He looked good. We missed him [Thursday] but he’s ready to go.” Jones was taken off the injury list Friday and will play Sunday.

Kamara is listed as questionable to play after he didn’t participate in practice Thursday or Friday with a rib injury. Kamara left the Sunday game against the Falcons early but was able to practice Wednesday before he was downgraded the next day. While quarterback Jameis Winston is also listed as questionable, he practiced on a limited basis all week. Kamara’s status feels a lot less clear than Winston’s. If Kamara can’t go, Mark Ingram would likely be his immediate backup, although he is questionable as well with an ankle injury.

Walker is expected to make his NFL debut Sunday at San Francisco after missing the Seahawks’ opener while recovering from his mid-August hernia procedure. Before he went down during training camp, the second-round pick was looking as though he’d fill a big role in Seattle’s backfield alongside Rashaad Penny. The Seahawks want to rely on their run game to take pressure off of QB Geno Smith, and they could have more reason on Sunday in Santa Clara with rain in the forecast.

Curl was limited in practice Friday but went through drills during the week — though with no contact and he did not try to test his injured thumb by catching any passes. Curl said Wednesday that a ligament in the thumb needs to heal. He was wearing a protective pad on his right hand with the thumb stabilized with a mini-brace. If Curl doesn’t play then Darrick Forrest will again take over at strong safety after a solid opening game. Washington also can use Jeremy Reaves if it wants more speed in three-safety sets. If Curl can play, it gives Washington an advantage by having him in the box when the Commanders want a bigger three-safety alignment. It would also help Washington defend Detroit running back D’Andre Swift.

Schweitzer is questionable and was limited in practice during the week. He was playing for injured starter Trai Turner, who missed almost all of training camp with a quad injury. But Turner played some in the opener and even if Schweitzer were healthy there’s a chance he would have started anyway.