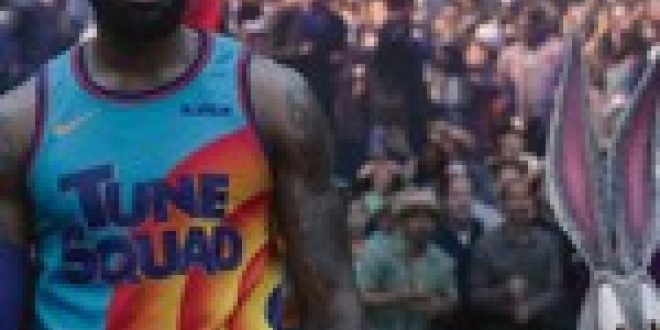 “We knew there would be a lot of excitement, a lot of expectation, and a lot of pressure,” says music supervisor Kier Lehman (Spider-Man: Into the Spider-Verse, HBO’s Insecure), who, along with co-supervisor Morgan Rhodes, worked closely with director Malcolm D. Lee, label partners at Republic Records, producer Ryan Coogler’s Proximity Media and James’ production company SpringHill Entertainment.

Spencer Beighley, head of film at SpringHill, says that, as the script for Space Jam: A New Legacy had been in development for four years, the film’s music was consistently part of the conversation. “When you think about the original soundtrack, it’s such a melting pot,” says Beighley. “You have Quad City DJ’s, you have a Steve Miller Band cover, you have a six-minute D’Angelo track, and it transcended the movie, in a way. So we knew that with the soundtrack for this one, that whole idea of making a soundtrack for this generation, but still having that melting pot, was something we all really wanted.”

For Archie Davis, SVP of Marketing at Proximity, Space Jam: A New Legacy represented the second straight opportunity to boost a major film with strategically commissioned original music, following the production company’s Judas and the Black Messiah and its Oscar-winning song “Fight For You” by H.E.R. “The word ‘eventize’ comes up a lot,” says Davis. “It comes down to that respect of the music being just as much of an art as the film.”

Ideas for the soundtrack came from all parties: for instance, Lehman says that James personally stumped for Joyner Lucas to be included on the soundtrack, leading to the rapper contributing the track “Shoot My Shot.” Lillard was asked to lend his voice to the soundtrack after initially signing on to the film, and ended up rapping on the Bay Area hip-hop summit “About That Time” with G-Eazy, P-Lo and White Dave.

“My kid’s gonna be watching this movie, hearing me, being able to share my history with the movie,” says Lillard. “It was an opportunity I couldn’t pass up.”

Sammie Taylor, EVP of A&R at Republic, says that figuring out a cross-generational appeal — locating a middle ground for audiences of all ages — was the hardest part of finalizing a track list. “You’re trying to find songs that moms are gonna feel good with their kids listening, or teenagers are not gonna feel like, ‘Oh, this is too corny,’ and grown-ups can like without feeling like they’re on TikTok,” he says with a laugh.

“We Win,” the lead single from the soundtrack that pairs Atlanta rap superstar Lil Baby and gospel veteran Kirk Franklin, is a result of that multi-demographic approach, and the team effort that the new Space Jam soundtrack required to come together. Taylor originally received the track from producer Just Blaze, while Lehman was approached by Motown Records when Lil Baby showed interest in joining the Space Jam soundtrack.

Director Lee had asked Lehman and Rhodes early in the process to find “something for the end of the movie with a gospel feel to it,” Lehman recalls, and Franklin has been suggested as a soundtrack artist by Universal Music Publishing Group. The result was Franklin and Lil Baby joining forces over the Just Blaze beat; released in late May, “We Win” has earned 4.5 million on-demand U.S. streams to date.

Meanwhile, Salt-N-Pepa — the only artist to appear on both Space Jam soundtracks, with their song “Upside Down (‘Round-N-‘Round)” highlighting the original — this time teamed up with Saweetie and Kash Doll on the song “Hoops.” It was a move meant “to represent the golden era of hip-hop” to a new generation, says Cheryl “Salt” James.

“It’s an honor to be here with the new wave,” adds Sandra “Pepa” Denton. “And if there’s a Space Jam 3, I hope Salt-N-Pepa is on that soundtrack, too.”

A version of this article originally appeared in the June 26, 2021 issue of Billboard.