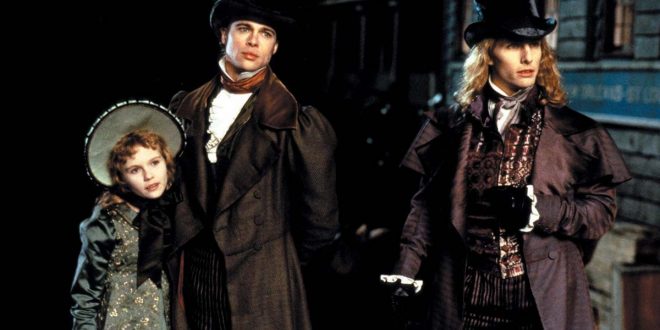 Interview with the Vampire TV Show Rises Again at AMC

We’ve got a new Lestat-us update, and it’s a good one. After years of trying to bring Anne Rice’s vampire franchise to the small screen, AMC has greenlit a new adaptation of Interview with the Vampire. And it looks like this is just the beginning of vampire season for the network.

As reported in Deadline, AMC is moving forward with an eight-part series based on Interview with the Vampire, one of the most famous stories in Anne Rice’s vampire saga. The novel—which was adapted into a 1994 movie starring Brad Pitt, Tom Cruise, and Kirsten Dunst—tells the story of Louis, a man-turned-vampire who gets brought into Lestat’s inner circle; their relationship spans centuries, bringing joy and misery in equal measure. The series will be helmed by Rolin Jones, with Anne and Christopher Rice serving as executive producers. In a statement, Jones pledged his commitment to Anne Rice’s story and vision.

“In 1973, a grieving mother and extraordinary writer began what would become the finest vampire novel ever written, all respects to Mr. Stoker,” Jones said. “Nearly 50 years later, we know what’s expected of us. We know how much this book and the ones that follow mean to their massive fan base. We feel you over our shoulders as we tend the Savage Garden. Louis and Lestat are coming out of hiding and we can’t wait to re-unite them with you.”

It’s been a long road getting Anne Rice’s saga on the small screen—but much like Lestat, the project kept rising from the grave. In 2018, Paramount TV (which had purchased the rights to 11 books in the vampire saga) announced it would be turning Vampire Chronicles into a TV show, with showunner Bryan Fuller working alongside Anne and Christopher Rice. The series was sent over to Hulu, but eventually the project died out. Then last year, AMC swooped in to buy the rights to 18 of Anne Rice’s books, including ones acquired by Paramount. It looks like AMC is aiming to make this the network’s new Walking Dead sensation. Breaking Bad producer Mark Johnson has been tasked with helming the overall vision for their vampire shows, with plans to turn the novels into a multi-series franchise.

Here are just some of the books and stories we could see in the future, in addition to Interview with the Vampire: The Vampire Lestat, The Queen of the Damned, The Tale of the Body Thief, Memnoch the Devil, The Vampire Armand, Pandora, Vittorio the Vampire, Blood and Gold, Prince Lestat, Prince Lestat and the Realms of Atlantis, and Blood Communion: A Tale of Prince Lestat; The Witching Hour, Lasher, Taltos and The Vampire Chronicles/The Lives Of The Mayfair Witches crossover novels Merrick, Blackwood Farm and Blood Canticle.

The Interview with the Vampire series is set to launch on AMC and AMC+ sometime in 2022.