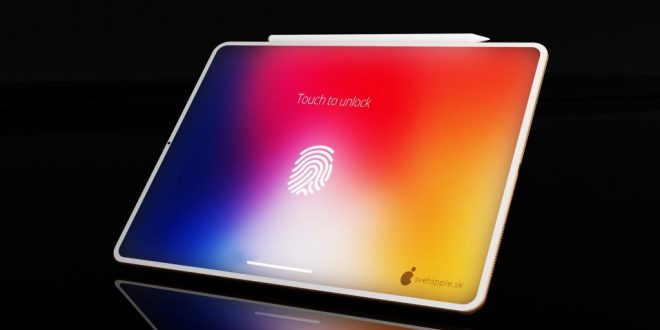 The iPad Air 4‘s new design, or at least illustrations of it, has been leaked. And it could give the new Galaxy Tab S7 some serious competition.

DuanRui (via iMore) has revealed the user manual for the next iPad Air on Twitter, which has given us a major insight into the tablet’s new design.

As the illustrations in the manual show, there’s no longer a home button. That makes the iPad Air 4 the second iPad to go all-in on gesture controls after the iPad Pro did the same a few years ago.

Where the Air differs from the Pro is its unlocking method. The iPad Pro uses the same Face ID system that Apple uses on its recent flagship iPhones. The Air instead has a Touch ID sensor built into its power button, as can be seen in the Spanish text of the manual. The button, mounted on the right side of the tablet’s top edge, looks longer than normal, which makes sense if Apple’s squeezed a fingerprint scanner into it.

The design as a whole is similar to the iPad Pro, except with slightly thicker bezels. There’s a single camera visible in the top bezel too, for your video calling and selfie needs.

On the rear of the Air, we can see there’s a single camera, and a smart connector in the bottom center for use with the Magic Keyboard and other accessories. This image also has a mention of USB-C (in the skewed text in the bottom left corner), which presumably means that Apple has taken another iPad Pro design cue and dropped its proprietary Lightning port for the more versatile connector.

Compared to the newly revealed Samsung Galaxy Tab S7 and Galaxy Tab S7 Plus, the iPad Air fits somewhere in between the two. It shares a power button-mounted fingerprint sensor with the basic Tab S7, although the iPad will likely not have a 120Hz display. However, if the iPad Air uses a recent Apple chipset like the A13, it will likely outperform Samsung’s tablet.

As happened with the refreshed iPad Pro and MacBook Pro earlier this year, the iPad Air may be revealed with minimal fanfare via a press release and website update, according to other rumors which cite the recent appearance of multiple iPad models in the European EEC database. However, different claims have pegged the release window of the next iPad Air as March 2021.

Apple’s next big launch event will be either in late September or early October, and will see the introduction of the iPhone 12 and Apple Watch 6 in addition to some possible surprises.