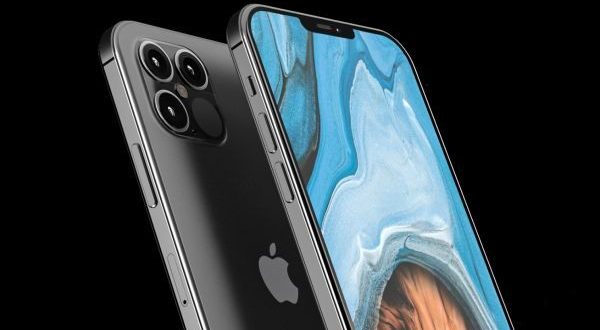 Claimed specs for the iPhone 12 Pro Max have been leaked on Twitter by tipster @LeaksApplePro, revealing the major upgrades the phone will have over the iPhone 11 Pro Max. But there’s a catch.

LeaksApplePro has a mixed track record of accurate leaks, though they claim this new information comes from “a reliable source that got a lot of things right” and that the specs are from screen shots of marketing material.  Either way, the leaker spilled a lot of iPhone 12 Pro Max information.

Not much of this will be surprising to followers of the Apple iPhone 12 rumors that have been percolating over the past eight months. The presence of the new A14 Bionic chip with a fourth-generation Neural Engine, is expected, as the iPhone 12 Pro Max was always going to get an upgrade over the A13 Bionic in its predecessor. And the presence of IP68 splash, water and dust resistance is incredibly shrug-worthy.

Another batch of leaked specs has the iPhone 12 Pro Max tipped to feature a 6.7-inch True Tone OLED display with HDR and a resolution of 2788 x 284. Rather oddly there was no mention of a 120Hz refresh rate, which is currently expected for the iPhone 12 Pro models, despite some confusion around the matter.

Forgot about the most important one, sorry guys.My bad 🤣 pic.twitter.com/wqOBp8H1UqAugust 27, 2020

Things get a little more interesting when it comes to camera specs. LeaksApplePro’s information has the iPhone 12 Pro Max tipped to use a triple rear-camera array made up of 16MP cameras in wide, ultra-wide, and telephoto configurations. And those cameras will be supported by a LiDAR sensor, something that’s thought to be a feature of only the Pro Max model.

As leaked by Front Page Tech’s Jon Prosser in a massive iPhone 12 leak this week, the LiDAR sensor is expected to help with autofocus and subject detection in video recording and when using the phone’s cameras in Night mode. Plus, the LiDAR sensor should deliver better performance in iPhone AR apps.

A lot of this information tracks with Prosser’s leak, who has a strong track record of accuracy. But one tweet in the thread of iPhone 12 Pro Max information details more of the phone’s camera capabilities.

Sadly, these seem to track with those of the iPhone 11 Pro Max, with both phones featuring  “next-generation Smart HDR” and a suite of effects for the “Portrait Lighting” mode. This causes us to raise an eyebrow to the validity of the leak.

Prosser seems to have similar thoughts and responded to @LeaksApplePro with a curt “yeah. No.” Prosser didn’t go on to explain his sharp response. But it did spark a lot of people questioning the accuracy of the leaks.

With the iPhone 12 range set to be revealed in September or early October, we don’t have that long to find out which leaks are accurate. When we’ll be able to get our hands on the new iPhones is a trickier question, as it looks like their release could be staggered.