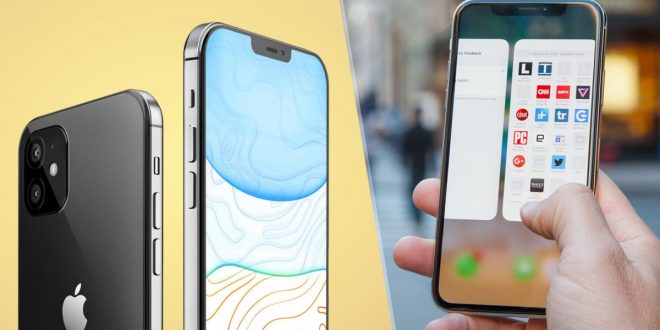 iPhone 12 vs. iPhone X: The biggest changes to expect

For a phone that caused a lot of chatter when it debuted three years ago, you don’t hear much about the original iPhone X these days. Maybe that’s because the once radical design has since appeared on six iPhone models since the iPhone X’s debut. Or maybe because after a spate of iPhone X imitators, Android phone makers moved on to other designs that didn’t use an X-style notch.

Most likely, though, it’s because the iPhone X is getting up there in smartphone years, even at a time when users are holding onto their smartphones longer. But Apple’s planning on releasing new phones very soon, and the iPhone 12 figures to be radical in its own right — particularly the higher-end iPhone 12 Pro models.

The iPhone 12 Pro may share a look with the iPhone X, but we expect it to be very different in other ways. This iPhone 12 Pro vs. iPhone X face-off looks at what those differences might be and whether you’d be wise to consider an upgrade.

The iPhone X caused a stir at the time it launched, with the largest price ever for an iPhone. At $999, the iPhone X cost $200 more than the iPhone 8 Plus that came out at the same time as Apple’s 10th anniversary phone.

These days, people don’t even blink at the thought of a $1,000 phone, as phone makers — including Apple — routinely offer phones with four-figure prices. The iPhone 12 Pro models are likely to continue that tradition, with rumors suggesting the iPhone 12 Pro will cost $99 and the iPhone 12 Pro Max will start at $1,099.

If you’ve held onto your iPhone X, there’s another figure that’s worth paying attention to — your phone’s trade-in value. As of this writing, Apple offers up to $280 if you trade in an iPhone X when buying a new iPhone. It’s unclear if these values will change once the iPhone 12 arrives, though.

Apple’s latest phones will still take their cues from the iPhone X in one visible way — that notch housing the front camera and sensors that support features like facial recognition and Memojis will still dip into the top of the display. One rumor suggests the notch may get a little bit slimmer on the iPhone 12 models, though.

The new phones will have one key design difference from the iPhone X. They’re expected to have flat edges reminiscent of the iPhone 5, instead of the slightly curved sides featured on the iPhone X and other recent Apple phones.

The iPhone X featured a 5.8-inch Super Retina display, and the iPhone 12 Pro should offer a pair of models with bigger screens. The standard iPhone 12 Pro is likely to feature a 6.1-inch display while the iPhone 12 Pro Max will live up to its name by turning to a 6.7-inch panel. Last year, Apple’s Pro phones upgraded to a Super Retina XDR display that features improved brightness and better support for extreme dynamic range content, and there’s no reason to think that won’t continue with the iPhone 12 Pro.

The iPhone 12 Pro might have a display with a faster refresh rate than the iPhone X — or, indeed, any iPhone. Rumors have suggested that the new Pro models might feature a 120Hz refresh rate, double the speed of a typical smartphone. But as of late, a number of Apple Watchers have suggested that Apple won’t offer that feature in this year’s phones.

(We’re focusing on the iPhone 12 Pro for this face-off, but Apple is likely to introduce two other models — the iPhone 12 and iPhone 12 Max. The latter’s 6.1-inch display will be larger than the iPhone X’s, as well, while the iPhone 12 will go in the opposite direction with a 5.4-inch screen. Both iPhone 12 models will offer OLED panels, just like the iPhone X.)

It’s safe to say cameras have gotten more sophisticated since the iPhone X made its debut. Back then, the iPhone X looked pretty cutting edge with dual rear 12MP cameras — a wide angle shooter with an f/1.8 aperture and a telephoto lens with an f/2.4 aperture. These days, the most expensive iPhones feature three lenses, and the iPhone 12 Pro is expected to follow suit with a main camera, an ultra wide angle shooter and a telephoto lens.

But that’s not the end of the optics on the back of the iPhone 12 Pro, according to rumors. Apple will reportedly add a LiDAR sensor similar to the one it includes on the 12.9-inch iPad Pro. While the marriage of the iPhone 12 Pro and LiDAR certainly has implications for improved portrait shots, the bigger impact will be felt with augmented reality apps.

A LiDAR scanner can get a more complete picture of your surrounding environment, making it easier to realistically and accurately place virtual objects, whether that’s for games, map overlays, or visualizing designs.

It’s not just the number of lenses likely to change on the iPhone 12 Pro. Rumors suggest Apple is using a new 7-part lens for its phone, an upgrade from the 6-part lens in last year’s models. The end result is to improve photo quality and reduce image distortion.

The A11 Bionic chip inside the iPhone X earned it the title of the fastest phone ever when we tested the device in 2017. That’s a title each successive iPhone release has held on to, and the iPhone 12 Pro figures to do the same, thanks to its A14 Bionic chip.

We’ll have to wait to test the iPhone 12 Pro before we can share numbers, but Apple has already given us a clue on what kind of performance to expect. When it introduced the A14-powered iPad Air 4, Apple said the chip would improve CPU performance by 40% over iPads powered by the A12 Bionic, while graphics would be 30% faster. You’d imagine similar if not better gains from the iPhone X to the iPhone 12 Pro.

The iPhone 12 Pro models will be able to do something the iPhone X can’t — connect to 5G networks. All four iPhones are expected to include 5G connectivity, a first for Apple’s phones. And the Pro versions should be able to connect to all types of 5G networks.

In addition to how much memory it includes in phones, Apple also doesn’t talk up battery sizes, but the iPhone X had a 2,716 mAh battery. That helped the phone last a little less than 11 hours on our battery test, which was a pretty good result at the time.

We’d expect the iPhone 12 Pro to do better, especially if the A14 Bionic delivers the more efficient performance you’d expect from a 5-nanometer processor. The batteries in the new Pro models are rumored to be bigger, too, with the iPhone 12 Pro getting a 2,775 mAh power pack and the Max model getting a 3,687 mAh battery worthy of its name.

The iPhone X was among the first Apple phones to support fast-charging, though you wouldn’t know it from the 5W charger Apple included with its phones. But is it better to have an underpowered charger or none at all? That’s a question iPhone 12 owners might be asking themselves, as rumors suggest the new phones will ship without chargers and wired headphones. The move reduces e-waste, but it means people who want to take advantage of fast-charging support in the new iPhones will likely have to buy their own charger, like the 20W brick Apple reportedly has in the works.

Here, the iPhone X and the iPhone 12 Pro will find themselves on equal footing because of Apple’s comprehensive support for older phones with its iOS updates. The newly released iOS 14 runs on phones as old as the iPhone 6s, so if you’ve got an iPhone X, you’ve likely upgraded to the new OS before it even arrives on the iPhone 12 Pro. That means you’ll be able to benefit from features like revamped Widgets, the new App Library, Siri improvements, and enhancements to the Messages and Maps apps.

The one area where iPhone 12 Pro users might have an edge is on features that rely specifically on the hardware that comes with Apple’s new phones. Specifically, the LiDAR sensor rumored to be included with the iPhone 12 Pro models will likely work with a number of augmented reality apps built using the ARKit 4 tools included with iOS 14. We won’t know for sure, though, until the new phones arrive, and app makers can start touting their new AR features.

You can never fully evaluate whether it’s worth upgrading to a new phone until that phone actually arrives. With Apple unlikely to announce its iPhone 12 plans before the end of September, we’re in for a longer wait than usual before we see what the new phones will offer and whether those changes will appeal to iPhone X users.

Still, it’s been three years since the iPhone X debuted, and Apple has introduced a lot of changes to its phone hardware since then. The addition of 5G connectivity, a new LiDAR sensor and a much faster processor would already place the iPhone 12 Pro well ahead of the iPhone X, and that’s before we hear confirmation of any other details about Apple’s new phone lineup. iPhone X owners should start budgeting for their new phones now because the iPhone 12 Pro is shaping up to be a big jump forward.