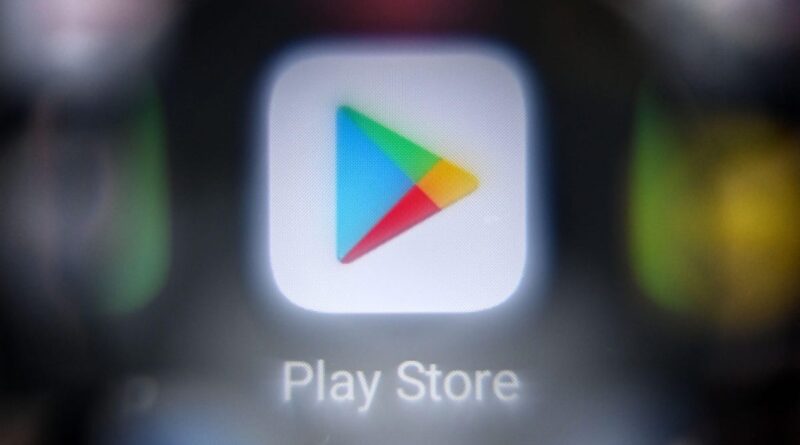 Small app developers pried $90 million from Google in a legal settlement announced Friday, hot on the heels of a similar agreement with Apple.

In a blog post Friday, Google said it had agreed to pay $90 million to settle a lawsuit with app developers who claim the Android maker abused its market dominance to unfairly charge them a 30% fee for in-app purchases made via the Play Store. Though the major settlement marks a short-term win for developers, critics told Gizmodo that Google’s concessions seem like just another attempt to forestall proposed antitrust legislation that threatens Google’s mobile app business on a fundamental level.

“There’s clearly a pattern here where they [Google] are trying to make it seem like they are addressing critics’ concerns without changing their fundamental problem,” American Economic Liberties Project (AELP) policy director Pat Garofalo told Gizmodo in a phone interview.

Google’s proposed $90 million fund would pay developers who earned $2 million or less in annual revenues through the Play Store between 2016-2021. According to Google, that cohort represents the “vast majority of U.S. developers” who earn money from the Play Store. Additionally and perhaps more permanently, Google said it will revise its Developer Distribution Agreement to make it clear to developers they have ability to use contact information of users on their app to contact those users via email or via other methods to discuss payments. The settlement will also allow developers making less than $1 million in annual fees to continue paying a reduced 15% service fee until at least May 25, 2025. The settlement proposal still is awaiting court approval.

Google, presumably through gritted teeth, said it was “pleased” with the settlement which it said would avoid “years of uncertain and distracting litigation.” The online ads company came to a similar agreement with Spotify in March of this year, allowing Spotify subscribers to either pay via the Play Store or Spotify’s own payment system.

The class action lawsuit, originally filed in 2020, claims Google’s Play Store requirements for payments violate antitrust laws. The suit says the rules harm developers by allowing Google to maintain a monopoly in the U.S. market for digital distribution on Android phones and for in-app purchases. Lawyers for Hagens Berman, representing the plaintiffs, said those restrictions forced their clients to pay, “exorbitant fees.” Hagens Berman estimated around 48,000 app developers were eligible for a minimal payout of $250. Some developers could even walk away with more than $200,000.

Richard Czeslawski, the COO and president of Pure Sweat Basketball—one of the developers involved in the lawsuit—welcomed Google commission rate changes. “Google’s commitment to maintain a Reduced Commission through May 25, 2025 gives Pure Sweat and members of the Settlement Class the substantial direct benefit of a continued significant 50% reduction in Google’s service fee rate from 30% to 15%,” Czeslawski said in a statement. “We are proud to know that our work in this lawsuit helped secure this program that will make it easier for consumers to find apps from small developers who distribute new apps through Google Play.”

Google did not immediately respond to Gizmodo’s request for comment.

Google’s settlement offer comes as lawmakers consider new antitrust legislation that would, in effect, forbid Google from requiring developers use its proprietary payments system. Introduced by Sen. Richard Blumenthal, Democrat of Connecticut, the ​Open App Markets Act would put in place provisions that force app stores to allow developers the ability to use separate payment payment systems. The bill, as currently written, would also prevent app store owners like Google from punishing developers or imposing less favorable terms if they choose to use, “different pricing terms or conditions of sale through another in-app payment system or on another app store.

Though the settlement could lead to immediate positive outcomes for the affected developers—more cash—corporate accountability groups like the AELP warn it could also serve as defensive move for Google to stave off impending state and federal competition law, which, if passed, would likely lead to revenues loses that would far eclipse the $90 million settlement.

“This is another move by Google in a series of moves to try and head off legislation like the Open Markets App,” AELP’s Garofalo said. “Google has been responding to that [proposed legislation] by trying to placate critics.” Garofalo said Google’s recent changes and lobbying efforts, both in state houses and the federal levels, proves it feels “seriously threatened by antitrust action.”

Developers, for years, have cried foul at Google’s so-called app tax. The issue extends to Apple as well. In that case, Apple moved to lower its commission rate from 30% to 15% in 2020 for app developers that make less than $1 million in annual net sales on its platform. Google followed up with a similar fee reduction months later. Developers were still unsatisfied though, and, amid growing calls for regulation, Apple agreed to set up a $100 million fund for developers who earned $1 million or less for all their apps for every year between June 4, 2015, and April 26, 2021.

Hagens Berman was involved in both Apple and Google’s settlement cases and said the payouts should send a message to the industry as a whole.

“Following our win against Apple for similar conduct, we think this pair of settlements sends a strong message to Big Tech: the law is watching, and even the most powerful companies in the world are accountable when they stifle competition,” the lawyers said in a statement.

Garofalo acknowledged Friday’s settlement, if approved, would benefit developers, but said it completely punts on the issue of anti-competitive, allegedly monopolistic behavior in app marketplaces.