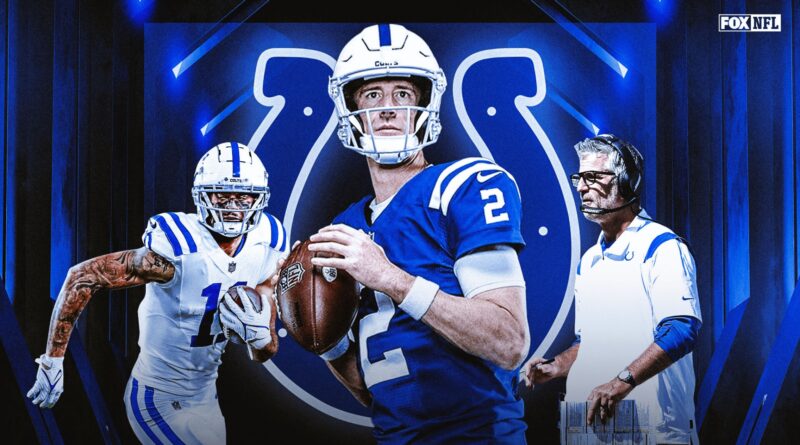 Since joining his new team in March, Matt Ryan has worked to get on the same page with his pass-catchers for the Indianapolis Colts.

That means quickly learning a new offense during offseason work and building chemistry so that the Colts are clicking once the regular season begins.

“I definitely think it starts now,” Ryan told reporters during the team’s minicamp in June. “There’s so much that goes into understanding guys’ body language. How they move. What their catch radius is, and how they track balls in the air. And just them getting a feel for how my ball comes in, and timing.”

Ryan went on to say that because the receiving group is so young, there is not a large inventory of plays to watch and learn from, so the live reps helped him get to know receivers such as Michael Pittman Jr. The USC product finished with career highs in receptions (88), receiving yards (1,082) and touchdowns (six) in 2021.

Why Matt Ryan is “perfect” fit for Colts

After a disastrous finish to the 2021 regular season that left them out of the playoffs, the Colts moved on from quarterback Carson Wentz, sending him to Washington for two third-round selections. Indianapolis then gave up a third-round pick in this year’s draft in exchange for the 37-year-old Ryan.

Coach Frank Reich is now on his fifth starting quarterback in five years, and he probably needs to get Indianapolis to the playoffs to stick around. Thankfully for Reich, the 2022 Colts are likely his most talented team in Indianapolis.

Ryan joins an offense paced by the NFL’s leading rusher from last season in Jonathan Taylor, one of the top offensive lines in the league, led by guard Quenton Nelson and center Ryan Kelly, and a talented but young receiving group with Pittman Jr. and tight end Mo Alie-Cox.

“I just have a good confidence about this year and excitement,” Nelson said. “I’m motivated to do well with this roster, with a lot of us being young and in our primes. This is a good year for us to step up.”

All the Colts were missing last season was stability and efficiency at the quarterback position. Ryan has missed only three starts in his 14-year NFL career, all with the Atlanta Falcons. Like Philip Rivers two years before him, Ryan gives Reich a coach on the field who can get his team in the right play pre-snap and manage the offense.

And Ryan can still play.

Although he struggled through four losing seasons during his final years in Atlanta, Ryan did not have much of a supporting cast around him and still threw for more than 4,000 yards and at least 20 touchdowns in three of those four seasons.

With Taylor in the backfield, Ryan won’t have to throw for a ton of yards. He just needs to be efficient in a balanced offense and play complementary football, making critical plays on third down, in the red zone and closing out games in the fourth quarter.

Ryan said he’s getting to know Reich, a former NFL quarterback who specializes in getting the best out of veteran signal-callers.

“It’s been great,” Ryan said. “I’ve really enjoyed spending time with him in the meeting room, getting a feel for his philosophy as a coach and the things that he believes in.

“I really feel like we’ve made a lot of really good strides in the last two months in terms of getting on the same page and communicating.”

Reich echoed those sentiments. “Matt was unbelievable,” the coach said at minicamp. “He did a great job, had great command. Really, A to Z he did everything right — great leadership and just great play. The whole way he took command of the offense, it was great collaborating with him, working in nuance with some of the things we do to kind of suit him and his style, and to kind of get to learn a few things about him.”

With Ryan, Reich should have the full playbook open to him. The Boston College product has the NFL experience to run complex schemes and get to the best play. And he also has decent movement skills to run the play-action and rollouts outside the pocket.

And Ryan still has his fastball. Even with a lack of top-level talent at receiver and a shaky offensive line in Atlanta, Ryan showed the ability to drive the ball deep down the field for big plays.

Bradley got an up-close look at Ryan during his time as defensive coordinator with the Los Angeles Chargers and Seattle Seahawks.

“He’s very sharp,” Bradley said about Ryan. “Some quarterbacks that you go against, you can get away with some things, but not with him. There’s a definite way you’re going to be attacked by him, but not only with scheme — with the use of his eyes and how he operates a team. He’s very polished, and I’ve got a lot of respect for him.

“You feel him in this building, without a doubt. You feel that part of it.”

Eric D. Williams is an NFL writer for FOX Sports. He has reported on the NFL for more than a decade, covering the Los Angeles Rams for Sports Illustrated, the Los Angeles Chargers for ESPN and the Seattle Seahawks for the Tacoma News Tribune. Follow him on Twitter @eric_d_williams.