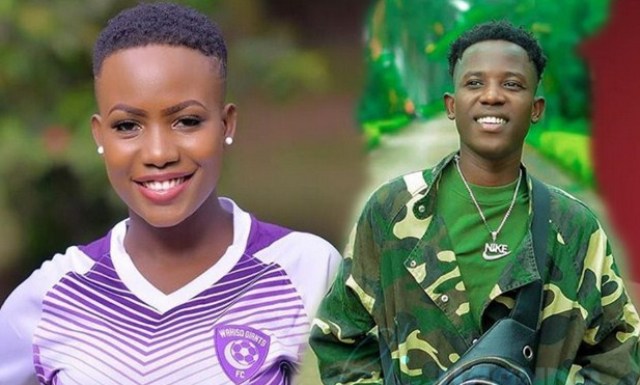 Like it’s the culture of late, Vocal bird, Wajja Victor aka Victor Ruz could be closer to making it official following as most of the signs show the Kikomando hitmaker could be close to getting off the hook!

EJazz news snoops have been following the 21-year old and signs show he could be organizing a secret introduction ceremony and later a wedding ceremony. Victor has been off media and public display since this year began, only releasing songs.

He also took a break off social media sometime back as the page was run by his admins only to resurface a few weeks ago.

The last and major indicator was the artiste’s move to release teaser artwork for a song “Official” which could be a real-life story project.

Victor has been attached to Vivian Tendo by several news sources a thing the two have confirmed as wrong. The others include Shammy K, and Ghetto Kids Patricia who Victor says are just his Big Sisters.

We tried accessing the Ndeese Love hit artiste all in vain but we shall keep trying to access him and keep ears on the ground to bring out any developments.