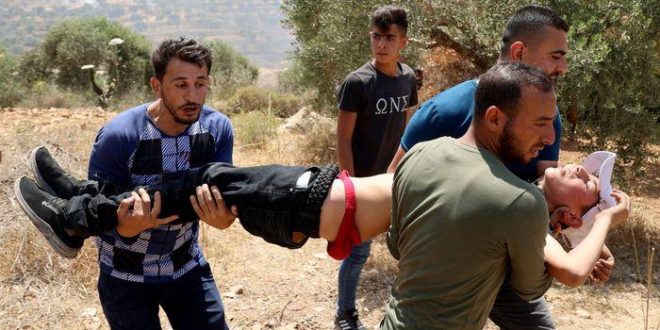 Zakaria Hamayel, 28, was struck by a bullet to the chest in the village of Beita, south of Nablus, during a protest against Israeli settlement expansion on Palestinian land, the ministry said.

The Israeli army did not immediately respond to an AFP request for comment.

During the anti-settlement demonstration, some Palestinian protesters threw stones at Israeli soldiers, an AFP journalist said.

On Tuesday, Israeli forces killed a Palestinian man during a raid in the Al-Amari refugee camp near Ramallah.

Israeli forces have been carrying out arrests across the West Bank following 11 days of violence by Israel against Gaza’s Hamas group that broke out on May 10 and ended with an Egyptian-brokered truce last week.

More than 25 Palestinians were killed in clashes in the West Bank, where over 400,000 Israelis live alongside around 2.8 million Palestinians.

The West Bank has been occupied since 1967, when the Israeli army captured it along with the Gaza Strip in the so-called Six-Day War.