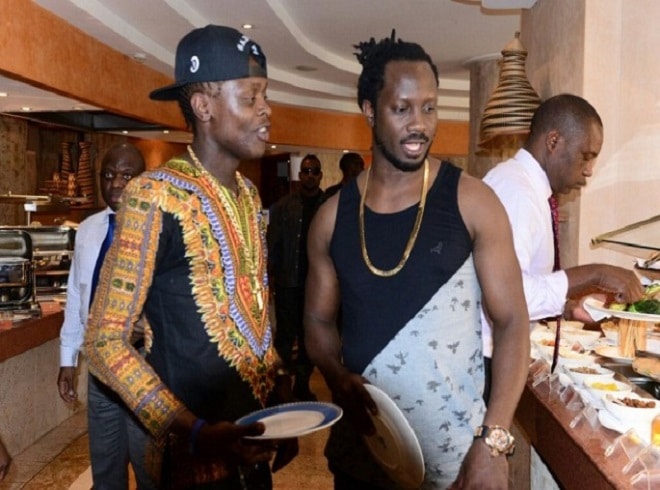 Its About maturity. – Legendary Jose Chameleone Trashes Bebe Cool For Not Wishing Him a Happy Birthday.

Singer Jose Chameleone has come out to blame Bebe Cool for not wishing him a happy birthday.

The unhappy Chameleone who was celebrating his birthday with his family wondered why Bebe Cool could extend their differences to such a level. According to Chameleone, a birthday is so special that on such a day, all differences between everyone are put aside.

“In life there are to special days, birth and death, we can define such days by showing love” the unhappy legend said to Bebe Cool

He on this note advised Bebe Cool to man up and act with maturity. He reminded him of when Chameleone’s wife Daniela posted a congratulatory message after Zuena had given birth.

Chameleone went ahead to thank everyone that wished him a happy birthday among which was  Bobi Wine who he also complained about.

However it should be noted that Chameleone is note in good terms with a one Josephat Sseguya, a journalist at Bukedde Tv on allegations that Chameleone promised to harm him.