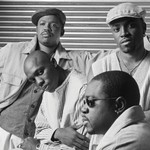 iTunes Discounts Are a New Sales Strategy, Not Just a Cheap Trick

Sherwood, who is senior vp streaming and revenue at Warner, says Apple has been “testing” more 69-cent sales since the holidays, although a source close to the tech giant says the labels set their own prices. The idea is to attract fans who still want to own music in a streaming world, as well as older consumers who haven’t yet subscribed to a streaming service. When the iTunes Store opened in 2003, Steve Jobs’ condition was a 99-cent price for all tracks, but labels negotiated for three pricing tiers — 69 cents, 99 cents and $1.29 — in 2009. “We’ve always run promotional campaigns, particularly for catalog tracks, at 69 cents,” says Thomas Hesse, a former Sony digital-music exec.

The 69-cent prices reappeared in December after disappearing for more than three years, and the new iTunes sales benefit from familiarity and simplicity. “Anywhere between 69 and 99 cents would have created confusion in what right now is probably a very effective and clean experiment,” says Frank Luby, a pricing consultant who has previously worked with major labels.

Downloads peaked in 2012, and iTunes is unlikely to make a substantial comeback the way vinyl has. A MusicWatch consumer survey shows that the percentage of the U.S. “internet population” that purchased a music download dropped from 10% in 2019 to 6% last year and download ownership has plummeted across all ages, most dramatically for 13-to-24-year-olds. “We’re talking about a rapidly diminishing population,” says Crupnick. “It reminds me of the bargain-bin days of DVDs.”

But 69-cent sales can still boost catalog staples or help promote newer hits, especially when they’re tied to marketing campaigns. The discount on singer Andra Day’s “Rise Up” coincided with a Super Bowl ad synch and her starring role in the recent Hulu biopic “The United States vs. Billie Holiday,” and its sales jumped 313%, to 10,000, for one week in February. And boy band Why Don’t We recently licensed “Fallin’ (Adrenaline)” to Fortnite and held a virtual concert event in Roblox before dropping the track price on iTunes. “Rise Up” leaped 313%, to 10,000 sales, over one week last month and “Fallin’ (Adrenaline)” jumped 258% to 2,000 sales. “With a group like this, fan engagement is really high,” says Randy Phillips, Why Don’t We’s manager. “Kids actually want to own the music, not just stream it.”

How long will these sales last? Probably as long as they stay lucrative. “It’s funny that we’re having this conversation in 2021,” says Sherwood. But “as long as it’s profitable, we’re absolutely continuing to support it.”

A version of this article originally appeared in the March 13, 2021, issue of Billboard.