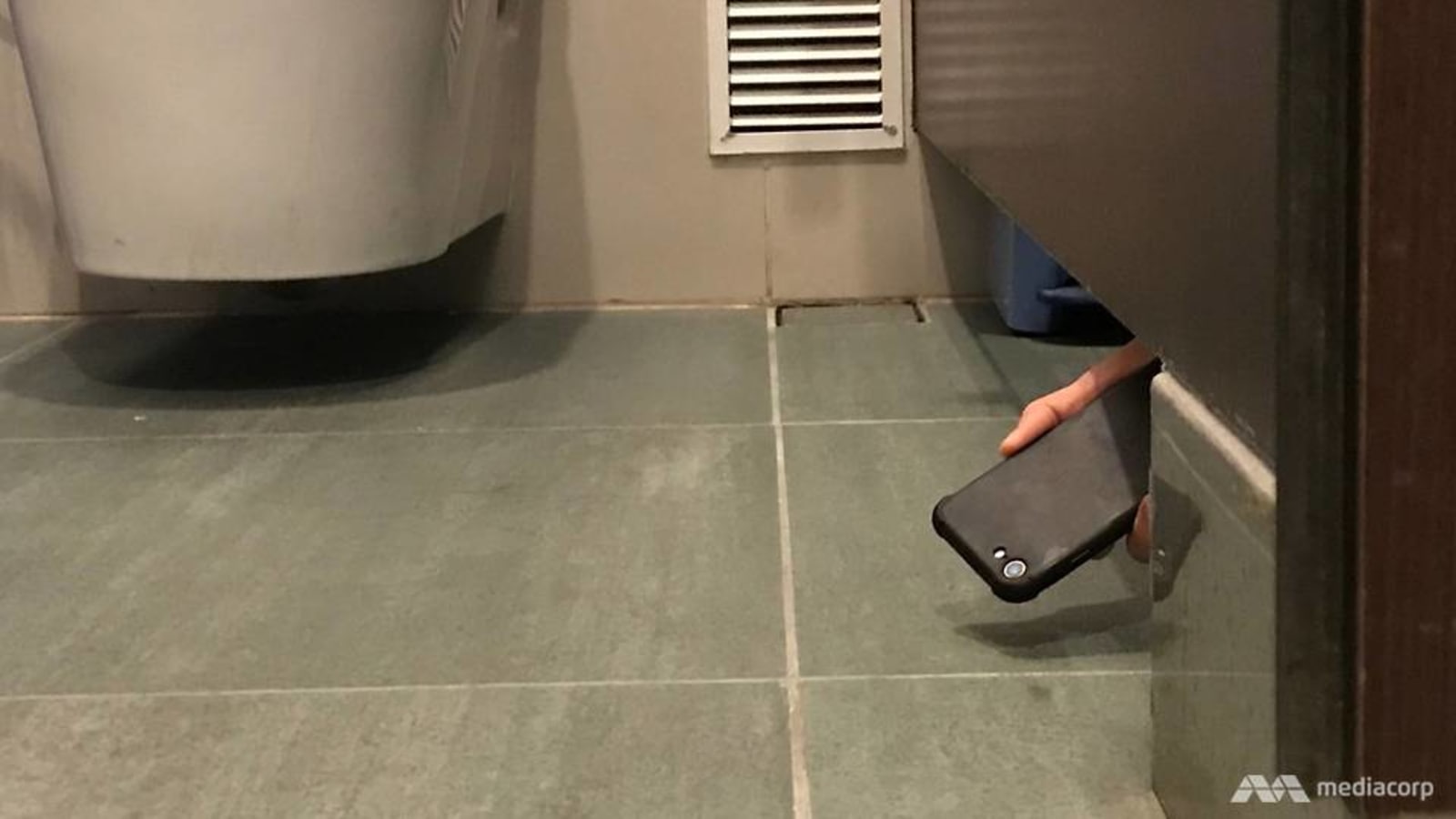 SINGAPORE: A voyeur followed a couple to a public toilet at Bishan-Ang Mo Kio Park and stood on a basin to film them showering and having sex in a cubicle.

Two days later, he waited for them again at the same spot after observing that they would return at a certain time.

Indian national Kuppusamy Karthik, 36, was caught red-handed by another victim’s boyfriend. He was jailed for 17 weeks on Monday (Aug 16) after pleading guilty to three counts of voyeurism. Another three charges were taken into consideration.

The court heard that Karthik was near the activity lawn and therapeutic garden at Bishan-Ang Mo Kio Park on the evening of Oct 28, 2020.

He saw a man and woman, whose identities have not been established, entering a shower cubicle. He then entered the cubicle next to theirs, which was meant for the disabled.

Curious as to what the couple was doing, Karthik climbed onto the basin and mirror in his cubicle and used a metal bar to maintain his grip, the prosecutor said.

From his perspective, he had a full view of the couple’s shower unit, the court heard.

Karthik filmed about three videos and took four to five photos of the couple using his phone, capturing their naked bodies and their faces.

He returned to the same spot two days later. After waiting for some time, he saw the couple enter a shower cubicle. He went to the same adjacent toilet, climbed up on the basin, filmed them engaging in sexual intercourse and took photos of them.

Karthik returned to the park on Nov 19, 2020, and went to a different toilet where he filmed three videos. One of them captured an unidentified woman entering the toilet.

A 22-year-old man later called the police, saying: “I caught this guy who (was) caught looking at my girlfriend peeing.”

Karthik was arrested at around 3.30am on Nov 20 and his phone was seized. Investigations uncovered the other recordings he had made illegally.

The prosecutor called for at least 18 weeks’ jail, noting that Karthik was goal-oriented in his actions, entering the neighbouring toilet cubicle to observe the couple.

He had also committed similar offences in less than a month.

The maximum punishment for such voyeurism was doubled from one to two years under the Penal Code as part of amendments last year, said the prosecutor.

“This evidences Parliament’s intent that such offences should be punished more severely, particularly in response to the perceived inadequacy of previous penalties in deterring would-be offenders,” she said.