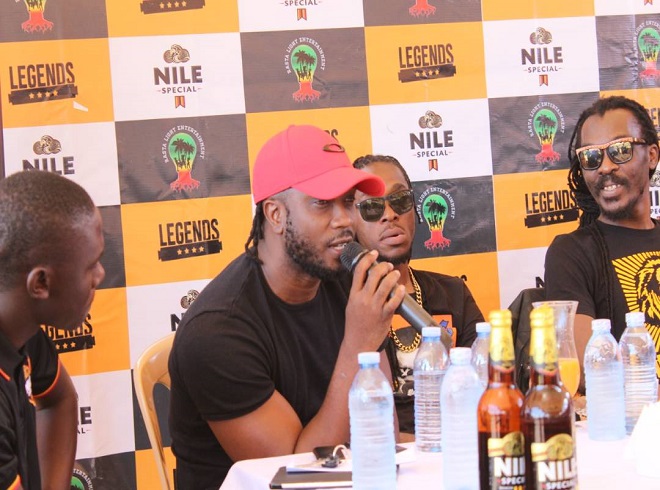 Jamaica legendary reggae-dancehall maestro; Keith Blair  aka  Anthony B arrived the previous night for the highly anticipated reggae concert  and he is excited to be in Uganda for the first time.

The “real warrior” hit maker is set to headline the Kampala reggae  festival slated for Saturday, 24th March  at the legends rugby grounds organised by Rasta light entertainment in partnership with the legends bar .

” am glad to be in Uganda and thanks for loving raggae music as a genre because it calls for unity, love and  togetherness.” He told the press.” I know we are of different cultures but black for black ” he added ….

Anthony could not speak much other than promising his fans an energetic performance as he promised to make fans stand ,jump up on their toes and sweat because he is ready  for them.

He was escorted by a fellow Jamaican dancehall star kuzi kz and Uganda’s leading reggae artists lead by the Gagamel boss Bebecool who made news when he allegedly asked for a pic from the star.

” for the first time let me admit because everybody knows am not an easy guy to admit defeat but Anthony I request for a photo”  Bebe Cool revealed adding that he has always drawn his inspiration from the Jamaican star Anthony B , and Buju Banton.