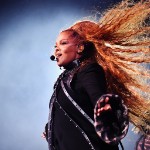 In the clip for the two-night, four-hour documentary that’s set to air on A&E and Lifetime in January 2022, Jackson says: “This is my story, told by me, not through someone else’s eyes.”

It was previously announced that JANET would include exclusive archival footage, home videos and celebrity interviews.

Watch the JANET trailer below.