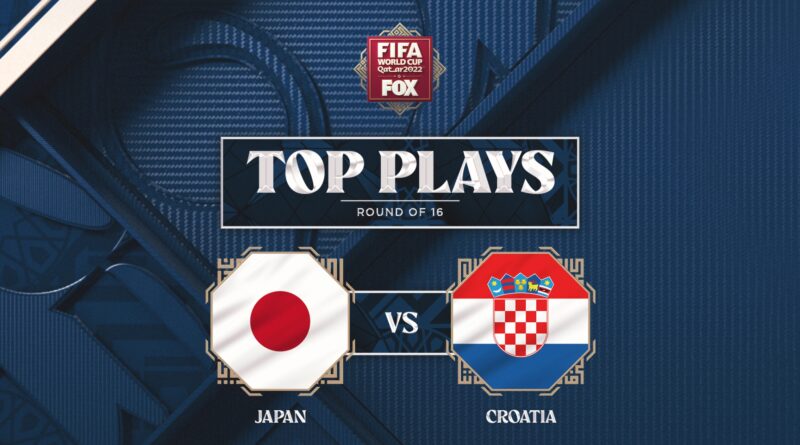 The 2022 FIFA World Cup continued Monday on FOX with Croatia defeating Japan in a wild knockout-stage game at Al Janoub Stadium in Al Wakrah, Qatar that was decided by penalty kicks after a hard-fought battle.

With the win, Croatia — led by world-class midfielder Luka Modrić — has advanced to the next round.

There is one more quarterfinal spot up for grabs Monday, as Brazil faces South Korea next (11 a.m. ET, FOX). The winner will advance to play Croatia in the quarterfinals, which begin Friday, Dec. 9.

Japan’s Shogo Taniguchi took a shot right out of the gate to set the tone, bit his header missed just to the left.

Daichi Kamada was this close to putting Japan ahead, but things remained scoreless as the first half winded down.

Then, just ahead of the break, Japan got on the board thanks to a smooth shot from Daizen Maeda.

After his attempt earlier in the match was saved, Perišić — assisted by Dejan Lovren with a cross — connected with the net in the second half with this header to tie the game near the one-hour mark.

Croatia keeper Dominik Livaković came up with the big-time save to keep things tied midway through the second half.

Minutes later, Japan’s Gonda answered with a crucial save of his own to keep Croatia from taking the lead.

Things remained tied at the end of regulation, sending the match to extra time.

Croatia nearly had the game-winning shot in the final moments of extra time, but it was wide, and things headed to penalty kicks to decide the winner.

In the end, Croatia outlasted Japan, winning 3-1 on PKs to advance to the next round.

Check out every kick below: