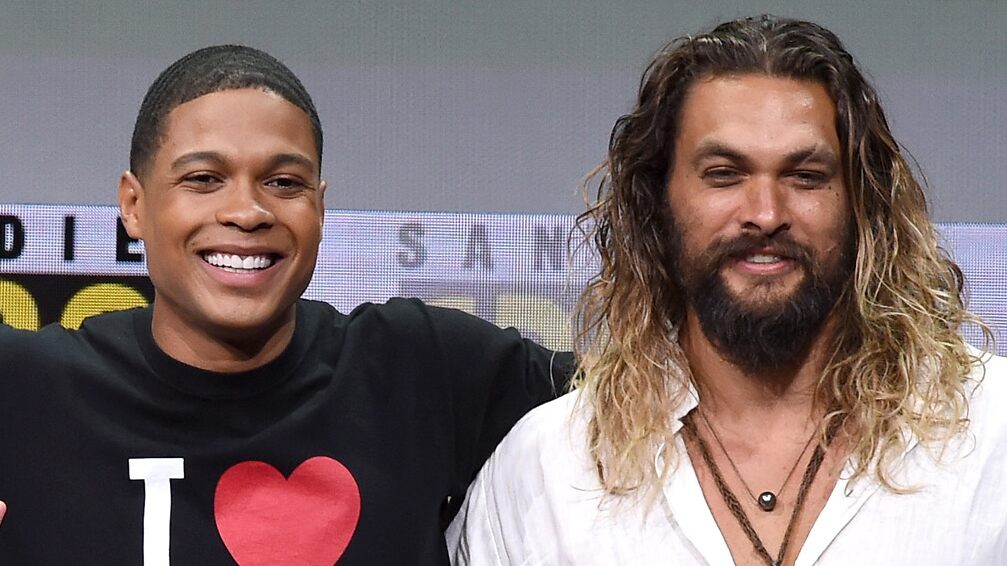 Jason Momoa is speaking up in favor of his co-star.

In July, Ray Fisher, who appeared in “Justice League” alongside Momoa, accused Joss Whedon of “gross, abusive, unprofessional, and completely unacceptable” behavior on the set of the movie.

Whedon, the 56-year-old director, stepped in to wrap up production on the picture when director Zack Snyder bowed out due to a family tragedy.

Since then, WarnerMedia has launched an investigation into the claims, but the company has claimed that Fisher has not been cooperative.

Ray Fisher and Jason Momoa at the Warner Bros. Pictures Presentation during Comic-Con International 2017 in San Diego. Momoa has voiced support for Fisher after he claimed filmmaker Joss Whedon was ‘abusive’ and ‘unprofessional’ on set. (Photo by Kevin Winter/Getty Images)

Now, Momoa has stepped up to bat to defend Fisher in an Instagram post shared on Monday.

The post featured a picture of the “Game of Thrones” alum, 41, sitting with his co-star during a ComicCon panel.

“THIS S–T HAS TO STOP AND NEEDS TO BE LOOKED AT @ray8fisher AND EVERYONE ELSE WHO EXPERIENCED WHAT HAPPEN UNDER THE WATCH OF @wbpictures NEEDS PROPER INVESTIGATION,” Momoa captioned the post. “I just think it’s f–ked up that people released a fake Frosty announcement without my permission to try to distract from Ray Fisher speaking up about the s–tty way we were treated on Justice League reshoots.”

The actor referenced an upcoming “Frosty the Snowman” project that he was previously reported to have taken the title role in. The announcement of the upcoming Warner Bros. project — said to be produced by Berg and Johns — was made on the same day as Fisher’s claims.

Fox News has learned that the project is in the development phase and while it is about a snowman, Frosty is not the subject. It is unclear whether Momoa is attached.

Warner Bros. declined to comment when reached by Fox News on Monday.

Meanwhile, Momoa concluded his Instagram post: “Serious stuff went down. It needs to be investigated and people need to be held accountable. #IStandWithRayFisher.”

Whedon, Berg and Johns did not immediately respond to Fox News’ request for comments, nor did reps for Fisher and Momoa’s co-stars Gal Gadot, Ben Affleck and Ezra Miller.

In a statement to Variety in July, Berg said that it was “categorically untrue that we enabled any unprofessional behavior.”

He claimed: “I remember [Fisher] being upset that we wanted him to say ‘Booyaa,’ which is a well known saying of Cyborg in the animated series.”

Momoa has a strong bond with Warner Bros. as the studio is also home to his billion-dollar-earning “Aquaman,” its forthcoming sequel and December’s blockbuster “Dune.”

The actors are currently working with Snyder, 54, on a new cut of the film, which will be released on HBO Max.