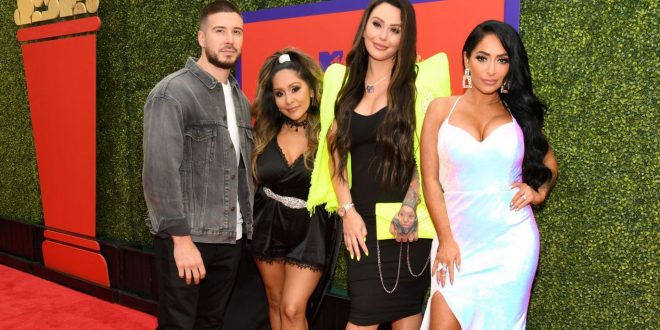 “We are so excited to have this moment,” Snooki gushed in the speech above. “I would like to thank the Academy of MTV and Viacom for acknowledging us because we are hot messes.”

The honor recognizes the legacy of reality greatness. Over the past 12 years, the Jersey Shore fam has continuously brought the laughs, creating some of the most memorable reality TV show moments of all time.

In addition to receiving the Reality Royalty title, the roomies are up for two MTV Movie & TV Awards: Unscripted awards, including Best Docu-Reality Show and Best Reality Cast.

Watch the crew accept the award above, and do not miss the premiere of Jersey Shore: Family Vacation on Thursday, June 3!