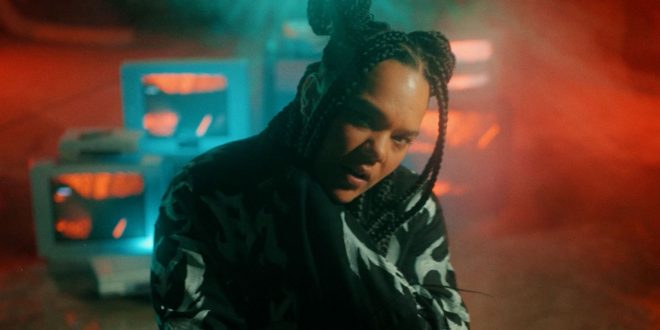 Jesswar Transformed Her Anger At Being Overlooked Into ‘Venom’

From the very first verse of Jesswar’s “Venom,” we know she didn’t come to play. The rising Fijian-Aussie rapper lets the poison flow, pairing fierce beats with slick rhymes that extol her excellence. But this unapologetic self-assuredness didn’t always come so easily. Zooming with MTV News from her new digs on scenic Yugambeh/Kombumerri land, Jesswar recalls her first foray into making and performing music as a 16-year-old living in Brisbane. “It started as me working through my own problems with music,” she says. “And then I just started playing with some bands. I was fully not confident at all. It took me a while to get up and even talk in front of people.”

Those early years of practice served Jesswar well. Today, her charisma and confidence are contagious, even through a computer screen from halfway around the world. She’s proudly claimed space for herself, a Pasifika woman of color, in a scene still dominated by men, fashioning the anger she felt at being patronized by her male peers and industry gatekeepers into her bop-filled debut EP, Tropixx, out today (March 5). MTV News caught up with Jesswar to talk about honoring her heritage, including members of her community in her music videos, and finally putting her years-in-the-making EP out into the world.

MTV News: You’re Fijian-Australian, and I know you’re super proud of your heritage. What does being Fijian mean to you?

Jesswar: It’s my identity. It’s in my blood; it’s in my bones. I always want to represent my culture no matter what, especially living here in Australia. It gives me strength, and I feel proud of it. As I go on in life, I never want to feel ashamed of who I am. So [being Fijian] influences a lot of my day-to-day life, my personal life, my music and art, and just who I am as a person.

MTV News: Were you raised in Fiji, or did you grow up in Australia?

Jesswar: I spent most of my life here in Australia, so I haven’t been back to Fiji in quite a while. At times, I do feel far away from my culture. That’s why I always want to represent it. It’s in my blood, so I never want to forget it, and I want to show other Pasifika artists or Pacific Islanders that you can be proud of your culture.

MTV News: What’s the hip-hop scene like in Australia?

Jesswar: It’s growing and changing, especially in the South Pacific and Asia Pacific. I feel like it started out small and it’s just sort of getting its legs. There’s a lot more people who are diverse and people of color working in the industry. It’s changed a lot from a year ago to 10 years ago. And now, you’re seeing artists even have the chance to take their craft internationally as well, which is really beautiful. The scene is male-dominated, but there are some amazing female rappers there. Tkay Maidza, Sophiegrophy — there are so many.

MTV News: Your new EP, Tropixx, was three years in the making. How are you feeling about releasing it into the world?

Jesswar: It was such a personal experience. So it’s interesting to see it be so public as well, but it feels good. I’m trying to get used to the way it is — releasing music again, that schedule. I was living a quieter, more undercover life before this. But it feels good because I’ve held on to these songs for so long. Three years? That’s wild. I just can’t wait to release the next project after this because I’ve listened to these songs all thousands of times.

MTV News: Is it strange promoting new music in a pandemic? I’m not sure what it’s like right now in Australia, but in New York, in-person concerts are basically nonexistent.

Jesswar: It’s very strange. We played this one show where squares are painted on the floor. And the security guard sort of briefed me, like, “If anyone goes outside of the square, you sort of have to stop them or the show gets shut down.” But in some places like New Zealand, they’re having complete, full-on music festivals. Like, thousands of people.

MTV News: Your first single, “Savage,” dropped in 2017. How has your sound changed since then?

Jesswar: Even outside of music, I’ve evolved so much. With your artistry, how you are in that moment of time definitely influences the music. When I released that song in 2017, I had no plans to [make a music video]. I was just going to put it on SoundCloud. It was a song that we played at our pre-games, you know? It was pretty amazing how I got approached to make a video clip for that and put it online. I listen to it now and I just sound… I don’t know. I feel like I was really cheeky. You can definitely tell I had a lot more years in me to grow and evolve and get better at my craft. I feel like in “Savage,” I was saying punchlines just to be cheeky because I could.

MTV News: You previously said that writing “Venom,” a single off Tropixx, was self-care for you. Can you tell me more about that?

Jesswar: While writing this project, I was going through a pretty rough time personally in my life. I was being overlooked and talked down to a lot. So writing this project was a complete retaliation to that treatment. I feel like through that anger and rage, I found a calmness. Now I can look back on that and be like, oh, I’m really glad I got that [anger] out.

MTV News: It’s so interesting, writing about anger as a woman. The world doesn’t want you to express your anger.

Jesswar: One-hundred percent. But it feels so good! Everything I say in that song is a timestamp for me at that moment in my life. Sometimes I can listen to a song, and I’ll go back to exactly where I was living, what I was wearing — I remember all that. But I think it’s good to remember that because now, I feel much more calm and much more steady in my life.

MTV News: What about “Medusa”? The visuals for that song in particular are stunning.

Jesswar: “Medusa” was written in that same sort of vein as “Venom,” and the video was made in that sense as well. Except when I was making “Medusa,” there were so many powerful women around me — and there still are — who I was watching just absolutely kill it with success. We had heaps of people from my community come through [for the music video]. We hand-painted all the jackets and all the jewelry. We were just trying to make do with what we had. And some of those women I’ve known since I was in high school. That was where I got a lot of my inspiration from, too. Maybe not so much from people who are famous, but more so people who I know in my day-to-day life. And seeing that really inspired me because I was like, “I can do this, too.” I made the song for us in a way, and the video as well.