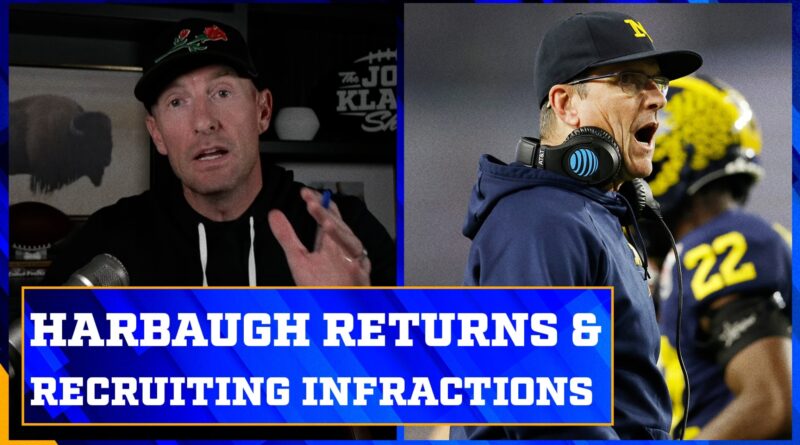 Joel Klatt discussed the Michigan Wolverines program and the news coming out of Ann Arbor. Jim Harbaugh has announced he is returning as head coach next season. Co-offensive coordinator Matt Weiss got fired after a computer crime investigation. Joel believes the offense will be fine without Weiss. Joel explained all the NFL head coach rumors that Harbaugh was interviewing for before he announced he was returning to Michigan. He then goes on to explain the NCAA recruiting infractions reportedly found.