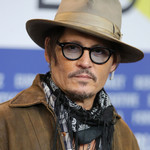 In the U.K., the actor sued over an article that had called him a “wife beater.” After a trial that lasted weeks, Judge Andrew Nicol found substantial truth to the article in The Sun, specifically with regards to 14 incidents that happened during the troubled marriage.

The ruling, which Depp was unsuccessful in overturning on appeal, left him in the atypical position of arguing he didn’t get everything he wanted in the country, which has long been known for libel tourism since the burden of proof is on defendant and public figures needn’t show actual malice.

In turn, Heard argued that the Virginia court should recognize the U.K. judgment, and since both actions centered on whether Depp was a domestic abuser, declare the matter already adjudicated.

In an opinion on Tuesday, Fairfax County Chief Judge Penney Azcarate rejects Heard’s motion because of the lack of privity. While Heard may have argued that her interests were aligned with The Sun, the judge says those interests weren’t identical.

In examining whether the U.S. and U.K. have judicial systems to the extent that Depp shouldn’t be able to re-litigate his claim of not being a domestic abuser, the judge later notes that Heard wasn’t a party in the U.K. case and wasn’t subject to the same discovery rules. “In fact, Defendant could not have been a named defendant to the U.K. litigation because her allegedly defamatory statements were made after the U.K. action commenced,” the judge adds.

This is also important because at a hearing last month, Heard’s lawyer argued that if Virginia didn’t accept the U.K. judgment, there would be nothing to stop Depp from bringing new cases anytime any publication repeated word he was a wife beater.

As for Heard’s argument of a chilling effect from not recognizing the U.K. ruling, Azcarate points to how the U.K. has a more favorable climate for defamation plaintiffs. “If anything, upholding English libel judgments in the United States would create the chilling effect and could create a dangerous precedent,” she writes.

The trial is scheduled for early next year and will also examine Heard’s counterclaims.