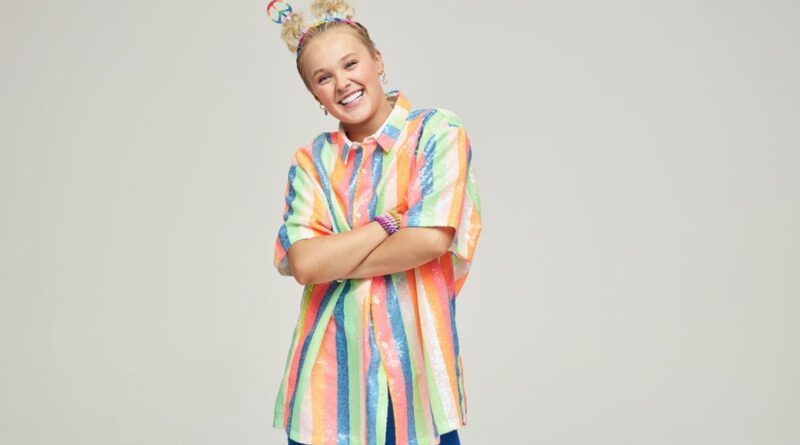 She may only be 19 years old, but JoJo Siwa has already accomplished much in her short life. Embarking on world tours, performing on several different reality shows, making original kids’ music and quickly becoming an icon for the LGBTQ community, the young star has put plenty of notches in her belt.

But that doesn’t mean she’s done everything she wants to. So, when the opportunity arose for Siwa to star in her own hybrid docuseries, she knew that it was time to try something new — or, in her particular case, a lot of new things. JoJo Goes, the new show set to debut Thursday, June 23 on Facebook Watch, will see the young triple-threat taking her friends on a series of new adventures, including pride parades, summer camp, performing Shakespeare and much more.

Of course, this comes amidst plenty of other work Siwa is balancing — currently, the 19-year-old is working as a judge on the latest season of So You Think You Can Dance, while also showing up for XOMG POP!, the girl group founded on her show Siwas Dance Pop Revolution as they compete on America’s Got Talent.

Ahead of the new show’s premiere, Siwa talked with Billboard via Zoom to discuss her adventures on the show, the one thing she won’t be trying in the series, and how she offered Janelle Monáe a helping hand during WeHo Pride.

How are you feeling about JoJo Goes premiering next week?

Oh, I am so stoked. It was a wild show to film — I was doing all of this stuff that I had never actually done before. Every day, it felt like there was a whole new adventure, so it was so great. It’s really funny to see me in those environments, too.

With all of these things you’ve never gotten to do before, how did you go about selecting which ones you wanted filmed and put in the series?

Ultimately, it was what made sense, among the things that I’m not able to do. This was the collection of stuff that not only I really wanted to do, but what my people around me, my friends, my family were interested in doing and what they all thought I could do. Every episode varies pretty seriously on how we got there.

I’m excited to see the episode about WeHo Pride where you were honored as their Next Gen Icon, because that looked like a blast.

Oh my god, it was so much fun! We literally had the best time on the float.

I know Janelle Monáe was the Grand Marshall of the parade — did you get a chance to see her?

I did get to see her! She was so kind and so nice. I helped her get some lipstick off of her teeth — I gave her my phone so she could use the camera, and that was the big story. [Laughs.] No, she was super cool, and she was also being honored there, so that was really fun. We both got keys to the city, which was insane, we had a whole proclamation that we did, it was just a lot of unreal stuff.

The show is going to have some fun guests, including your Dancing With the Stars partner Jenna Johnson, your friend Ezra Sosa, Olympian Misty May-Treanor and more — were there any guests you weren’t able to bring on the show that you wanted to see?

Ooh, interesting! Honestly, I don’t think so — everyone that we wanted to be in an episode was pretty much down. It was really nice, because ultimately I just wanted my close people to be involved. I mean, Misty came in for a special volleyball occasion, but for the most part, I wanted my closest friends to come on these little adventures with me. So, it worked out great.

With JoJo Goes documenting all of the new things you’ve gotten to try, what’s something you still haven’t done that you’re looking forward to doing soon?

You are braver than I am — both that and scuba diving, I simply cannot do it.

See, scuba is also not for me — I don’t do the ocean. I hate it, no thank you. I went snorkeling once and was like, “Absolutely not.”

I noticed one of the guests on the show will be XOMG POP!, the girl group that you and your mom founded. They recently auditioned and got through to the next round of America’s Got Talent — what was that like getting to watch them thrive on the show?

I was so proud of those kiddos! They are so talented, but also so hard-working, and they’re so funny. I mean, I get a text from at least two of them every day, which will be some random video or very out-of-nowhere joke. It always just makes my heart so happy, they have the cutest little minds ever. I swear, every day I’m with them, it’s like, “God, I wish I had that energy.”

It’s also fascinating, because with both XOMG, as well as something like So You Think You Can Dance, you’ve been sort of transitioning into a new role as mentor, where before you were the contestant on shows like both of these. What is it like to see yourself becoming that person to other aspiring artists?

You know what, it’s really great. What I love about doing the girl group is that I never had somebody for me to look up to and be like, “Oh, thank you for being my mentor.” But with these kids, I’m able to help them and guide them and give them advice, but still giving space and allowing them to be themselves and just offering my advice when they need it.

With So You Think especially, it is my sixth time being a part of an elimination show. Every single time I get asked to do an elimination show, I say that I’ll do it — and then when it’s over, I say I’m never doing one again. Somehow, I always end up there — I started on one with Abby’s Ultimate Dance Competition, I did Masked Singer, I did Dancing with the Stars. It’s like, my whole life is literally built around elimination shows.

With it being Pride Month, and with all of the darkness happening in the world for LGBTQ folks nowadays, I’m interested to know what’s giving you joy in the wake of everything?