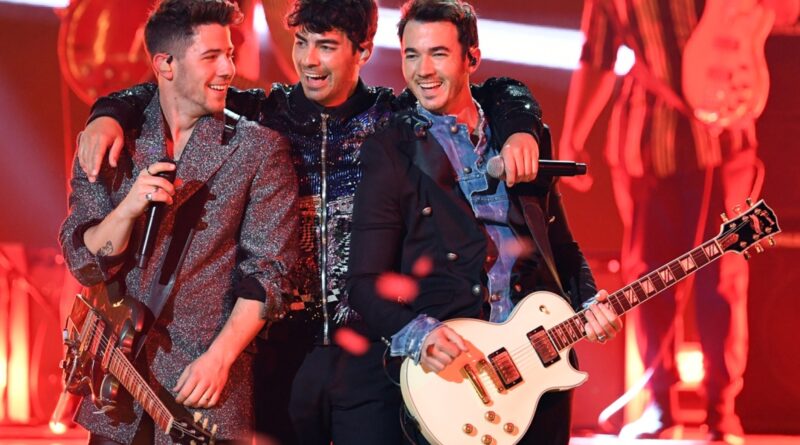 The free shows will take place at Banc of California stadium in lead-up to Jan. 9 championship game.

The Jonas Brothers perform onstage during the 2019 Billboard Music Awards at MGM Grand Garden Arena on May 1, 2019 in Las Vegas, Nevada.

It will be a while before we know who is playing, but you can be sure the 20023 college football playoff national championship will have a hype soundtrack. The lineup for the AT&T Playoff Playlist Live! series of concerts around the championship game, slated to take place at Los Angeles’ SoFi Stadium on Jan. 9 and air on ESPN at 7:30 p.m. ET.

The weekend will kick-off on Jan. 7 with a show featuring the Jonas Brothers and singer/songwriter Em Beihold. The next night will bring the heat from Pitbull and grammy-nominated singer Gayle. The free shows will take place at L.A.’s Banc of California Stadium. Fans will need to pre-register for tickets beginning on Dec. 2 at 1 p.m. ET, with access to the shows doled out on a first-come, first-serve basis based on a digital ticket.

If you can’t make it out to the shows, AT&T will bring it to you at home with the interactive livestream experience AT&T 5G Concert Lens. The feature will broadcast multiple camera angles simultaneously, letting fans select their own vantage point for the show; the concerts will also be streamed on the ESPN app.

After a virtual concert in 2021 in Miami featuring Jason DeRulo in the midst of the COVID-19 pandemic, last year’s concerts in Indianapolis featured Twenty One Pilots, Doja Cat, Ava Max, AJR, Pink Sweat$ and Huckleberry Funk. Other previous performers include Meghan Trainor, H.E.R., Nas and Trombone Shorty in 2020 and One Republic, Ellie Goulding, Logic, Leon Bridges, Alessia Cara and The Regrettes in 2019.