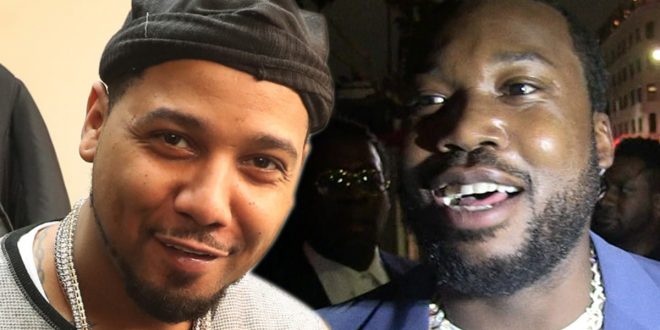 Juelz Santana is enjoying his newfound freedom thanks in part to Meek Mill … and now he wants to give back to the inmates he met while behind bars.

Here’s the deal … Juelz is fresh outta prison after serving 19 months of his 27-month sentence in his airport drug case, and he’s got Meek to thank for some smooth sailing.

Our sources tell us Meek helped Juelz by connecting his wife, Kimbella, with a lawyer who helped guide them through the process to ensure everything worked out. Courts and the prison system can be tricky, and we’re told Meek wanted to ensure things would work out for Juelz.

The Dipset MC was able to come straight home and skip the halfway house he was originally destined for. Many halfway houses are shut down because of the pandemic.

Juelz is now on supervised release, which, as we first reported, means he’ll have to submit to a drug test within 15 days of his release.

Now that he’s out, Juelz tells us he wants to give back to inmates by working with non-profits whose missions include overturning sentences for wrongly convicted prisoners. Juelz says he also wants to help people in prison find a platform for the music and movie scripts they write in lockup.

On that same front, Juelz tells us he wrote a ton of new music on the inside, as well as a script for a TV series. He says he’s going to get back in the studio Monday, but also wants to take time to focus on his family and make up for the 19 months he spent in prison.

Juelz’s wife is happy to have her husband home … she says it’s surreal to have him back, wake up next to him and see him with their kids.

Sounds like Meek’s inspired Juelz too … his wife says she and Juelz will be working on prison reform efforts.