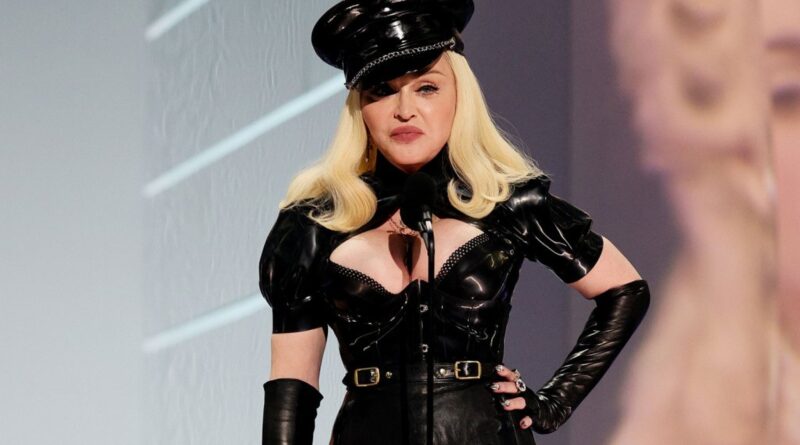 Madonna speaks onstage during the 2021 MTV Video Music Awards at Barclays Center on Sept. 12, 2021 in the Brooklyn borough of New York City.
Theo Wargo/GI for MTV/ViacomCBS

Julia Garner, known for her leading roles in Ozark and Inventing Anna, has been offered the role of Madonna in the upcoming biopic about the pop icon, Variety reported on Tuesday (June 7).

The Emmy-winning star earned the opportunity to play Madonna in the Universal Pictures film after a long process, which included choreography sessions with the singer’s choreographer, as well as choreography, singing and reading sessions with Madonna herself. Other actresses who auditioned for the coveted role include Florence Pugh, Odessa Young and Alexa Demie.

Madonna will be directing the biopic herself and Amy Pascal is set to produce the movie, which was co-written by Secretary writer Erin Cressida Wilson. A production timeline and other principal cast is still unknown.

Garner has won two Emmys for her role as Ruth Langmore in the Netflix crime drama series Ozark, and most recently starred in the streamer’s Shonda Rhimes series Inventing Anna. On the film side, Garner has appeared in indie fare like The Assistant and Grandma.

Following the big news, Madonna and Garner fans alike flooded Twitter with excitement, tons of Ozark references and certainty that the casting decision was the right one — beyond the duo’s obvious physical likeness. See some of the best reactions we compiled below.

If Julia Garner is doing this in the movie the Oscar is hers! pic.twitter.com/Lcp86fwGI7

Now who will play Julia garner in the limited series about the Madonna boot camp https://t.co/nZ8Etj46Xl

Julia Garner as Madonna is the smartest decision ever pic.twitter.com/sIdxXfzHnU

Maybe it’s too soon to say (we DO have to see the movie still) but I’m struggling to think of examples of casting as perfect as Julia Garner as Madonna – & it goes far beyond the physical similarities. A performer as powerful as Garner will embody this role to the FULLEST extent. pic.twitter.com/uMlmyR2IN1

me to anyone who asks me to stop talking about julia garner and madonna pic.twitter.com/B81957olLF