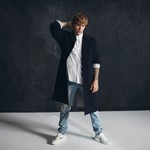 Justin Bieber Jumping on a Remix of WizKid’s ‘Essence,’ His Personal ‘Song of the Summer’

The song could experience a leap on the chart following the Bieber-assisted remix, which happened with Luis Fonsi and Daddy Yankee’s “Despacito.” The Latin pop anthem leapt to No. 1 on the Hot 100 in 2017 and remained at the top for 16 weeks, tying the record for longest-running No. 1 song at the time. The watershed movement could translate for the Afrobeats genre with the new version of “Essence.”

Wiz has famously worked with another Canada-born sensation — Drake — on the No. 1 smash “One Dance” in 2016, which also features British singer Kyla.

The remix comes in the same week as Tunji Balogun, who was executive vp of A&R RCA Records for six years and signed WizKid in 2016, being announced as the new CEO/chairman of Def Jam Records, the home of Bieber. Balogun — who was recently named to Billboard’s R&B Hip-Hop Power Players list — will oversee a roster including Bieber, Jay-Z, Kanye West, Rihanna, YG, Big Sean, Logic and Alessia Cara in his new role.

“This is the first time where it feels like a song is competing on the level of a similarly promoted song from Western artists in the pop genre,” Wizkid told Billboard about the legacy of “Essence” in a new interview. “And I hope that’s the lasting influence of the record — that it opens doors for more people with different styles and different textures.”