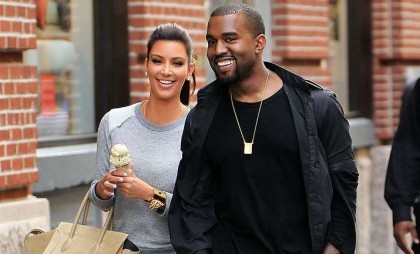 Word from credible sources has revealed that top American rapper Kanye West and his wife Kim Kardashian are already in Uganda for a video shoot and tourism.

“It’s just a full Ye album and those five albums I dropped earlier were like superhero rehabilitation and now the alien Ye is fully back in mode… We’re going to Africa in two weeks to record. I felt this energy when I was in Chicago. I felt the roots. We have to go to what is known as Africa,” Said Kanye in a video that he uploaded on social media earlier on.

According to the source Kanye West is already in and is set to shoot a video project from here.

The project that will be shot by Swangz avenue is expected to run for very few days(not further than 19 October) and he will go back.

Kanye however has no plans of doing any public appearances or performances while in Uganda as even the place where he will be residing has been closed off from the public.

Kanye West joins international artistes like French Montana and Swae Lee who have shot videos from Uganda before. At one time singer Snoop Dog was heard talking about his plans to shift to Uganda.

We shall keep you updated with all that is going on!