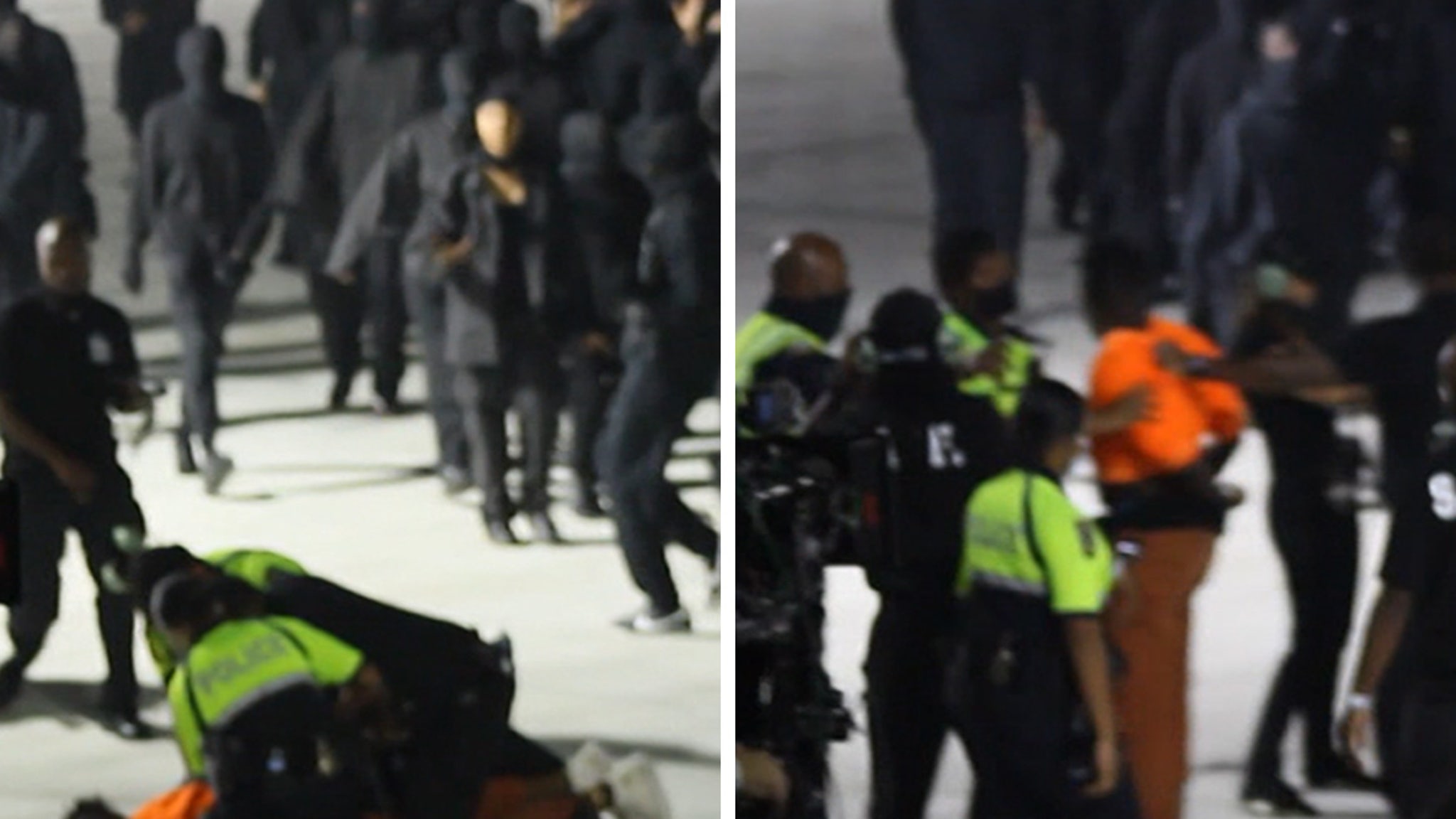 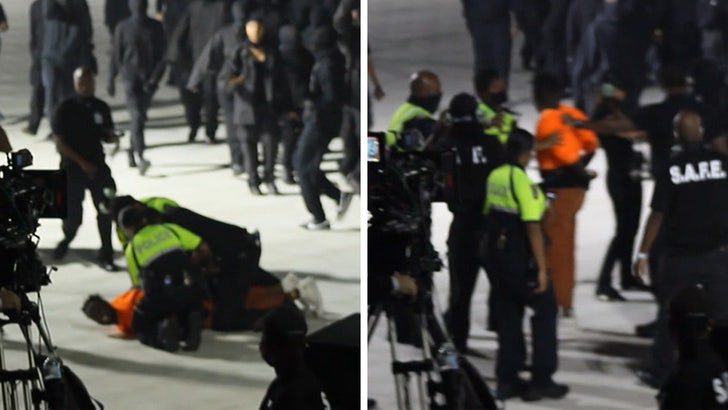 A Kanye West fan tried to join the show during the rapper’s second “Donda” listening event … but got taken down by security before he got too close.

About midway through Ye’s performance Thursday night at Atlanta’s Mercedes-Benz Stadium — his second in as many weeks — a man dressed in orange breached security in the stands and made a break for the stage.

As the guy made his way through the large crowd of backup dancers, that’s when a security guard came out of nowhere with the big tackle. Unfortunately, it looks like he may have been injured in the collision.

While we hope the guard’s okay, the fan was apprehended by several other guards after the take-down and hauled away. However, it seems police were not involved because we’re told they have no record of the incident. 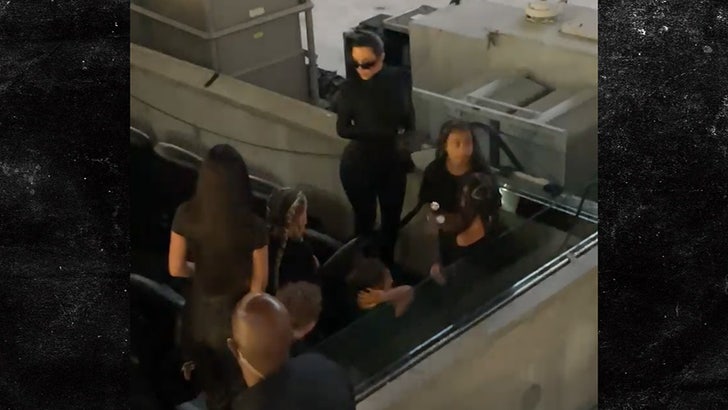 As we told you … Kim Kardashian and all their kids attended the “Donda” listening party 2.0, which was supposed to lead up to the public release of Kanye’s 10th studio album after already being delayed.

Turns out, the second time around yielded the same result, as of Friday 7:30 AM PT … “Donda” is still not out.

Some fans have joked it’s because Kanye still hasn’t come down after levitating out of the stadium to dramatically end last night’s show. Or, maybe the third listening event will be the charm.