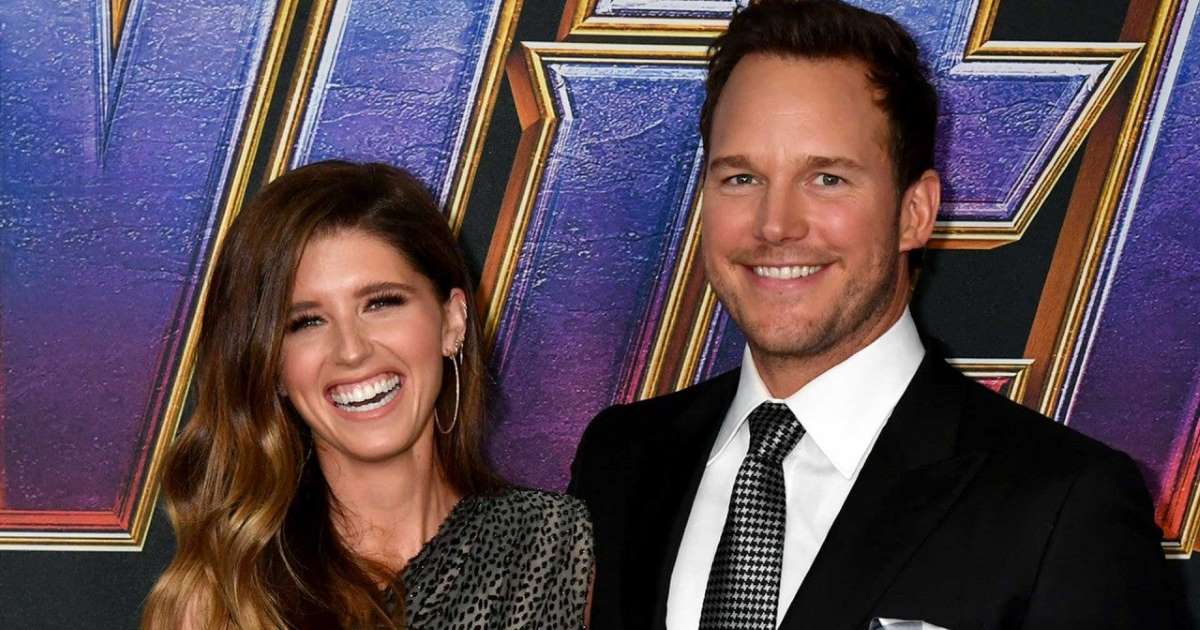 New mama alert! Katherine Schwarzenegger has given birth to her and husband Chris Pratt‘s first child together.

The 30-year-old’s brother, Patrick Schwarzenegger, confirmed the news in an exclusive video obtained by ET on Sunday.

“They’re doing great — just got her a little gift,” Patrick said, while leaving a market in Santa Barbara, California, on Sunday. The 26-year-old gave a thumbs up when congratulated on becoming an uncle. He then showed the camera a package with a pink ribbon, before getting into his car. It’s unclear whether the gift was for his sister or the baby.

While Patrick did not mention when the baby arrived, a source tells ET that Pratt’s car was spotted at St. John’s Hospital in Santa Monica, California, on Friday afternoon.

Katherine’s father, Arnold Schwarzenegger, mother, Maria Shriver, and siblings, Christina and Christopher, were snapped visiting her house. The clan later left with Arnold smoking a cigar as he headed to the car.

Later in the morning, Maria and others were seen paying the new mom another visit. Arnold meanwhile headed out for a bike ride, during which he bumped into Patrick and Christina at Caffe Luxxe.

A delivery van was seen dropping off flowers to Schwarzenegger’s house on Saturday.

The latest addition to the family joins 40-year-old Pratt’s 7-year-old son, Jack, whom he shares with his ex-wife, actress Anna Faris.

Pratt and 30-year-old Schwarzenegger got married last June in an intimate ceremony in Montecito, California. In April, a source told ET that the couple was expecting their first child together.

“Chris and Katherine are extremely happy to be pregnant with their first child,” the source said. “The couple knew going into their relationship that having kids together was important to them, so when they found out the news, they were extremely happy. Although Katherine was busy promoting her book in the beginning of her pregnancy, she now has time to be at home and get things ready for when the new addition arrives. Chris is so excited.”

Schwarzenegger has since been showing off her growing baby bump while getting some fresh air. A source recently told ET that her baby was coming “soon” as she and Pratt celebrated their first wedding anniversary.

“Chris and Katherine have had an incredible first year of marriage,” the source said. “The couple plans to celebrate their first wedding anniversary with something small as their baby is set to arrive soon.”

“Chris and Katherine are thankful for their alone time recently as it has allowed them to enjoy the pregnancy together, giving them a forced sense of time to relax and prepare,” the source added about how they’ve been doing amid the coronavirus pandemic. “They know their baby is coming soon and can’t wait to welcome their new addition.”

Clearly, Schwarzenegger’s famous family is also incredibly excited about the couple’s first baby together. Her father, Arnold Schwarzenegger, appeared on The Tonight Show Starring Jimmy Fallon in May and talked about the exciting news.

“Think about this for a second… there’s three gene pools that you can do,” he pointed out. “There’s Kennedy, there’s Schwarzenegger, and Pratt. We can do anything. We can go and solve the Cuban missile crisis… We can go and train dinosaurs. I mean, think about it!”

ET spoke with Maria Shriver in May, and she also talked about her eldest daughter being pregnant.

“I’m really proud of her. Obviously she and Chris are super happy,” she said. “They’re a blessing to each other.”

Watch the video below for more: