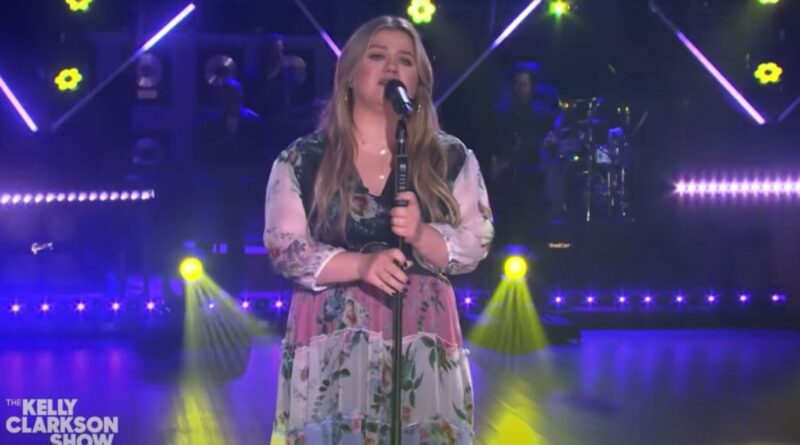 The 2016 track earned the country upstart her first career No. 1 on the Hot Country Songs chart.

Kelly Clarkson Covers “How Soon Is Now?” By The Smiths during ‘Kellyoke.’

Kelly Clarkson took the second star to the right on Wednesday (May 11), performing Kelsea Ballerini‘s “Peter Pan” to open The Kelly Clarkson Show.

Accompanied by just her pianist, the multi-hyphenate pared Ballerini’s 2016 country hit down to a tender ballad, singing, “You’re just a lost boy with your head up in the clouds/ You’re just a lost boy, never keep your feet on the ground/ You’re always gonna fly away just because you know you can/ You’re never gonna learn there’s no such place as Neverland/ You don’t understand, you’ll never grow up/ You’re never gonna be a man, Peter Pan.”

Released as the third single from Ballerini’s 2015 debut album The First Time, the track completed the young country singer’s hat trick atop the Country Airplay chart following fellow No. 1s “Love Me Like You Mean It” and “Dibs.” It also earned Ballerini her first — and so far lone — No. 1 on the Hot Country Songs chart.

After wrapping up her daily “Kellyoke” number, Clarkson chatted up guests Michelle Pfeiffer and Dakota Fanning about their new Showtime series The First Lady — in which the pair play, respectively, Betty Ford and her daughter Susan — as well as about working together more than two decades ago on Fanning’s first film, 2001’s I Am Sam.

Her take on “Peter Pan” wasn’t the only musical moment in the show, either. Later, she welcomed Rick Springfield to the show to perform his classic song “Jessie’s Girl” in honor of the track’s recent 40th anniversary.