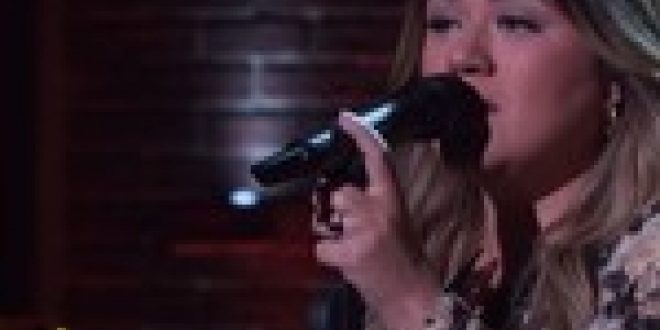 Kelly Clarkson might have been “Locked Out of Heaven” for her Bruno Mars-themed Kellyoke performance on Monday (May 24), but she eventually takes fans to paradise.

Her energetic performance peppers in Clarkson’s signature “woo!”s with Mars’ cheery “oohs” in the song before she revved up the “yeah, yeah, yeah”s ahead of the chorus: “‘Cause you make me feel like/ I’ve been locked out of heaven/ For too long, for too long.”

“Locked Out of Heaven” was released as the lead single from Mars’ sophomore studio album Unorthodox Jukebox in 2012. The song earned him his fourth No. 1 hit on the Billboard Hot 100, where it spent six weeks at the top of the chart. “Locked Out of Heaven” also earned song and record of the year nominations at the 2014 Grammy Awards.