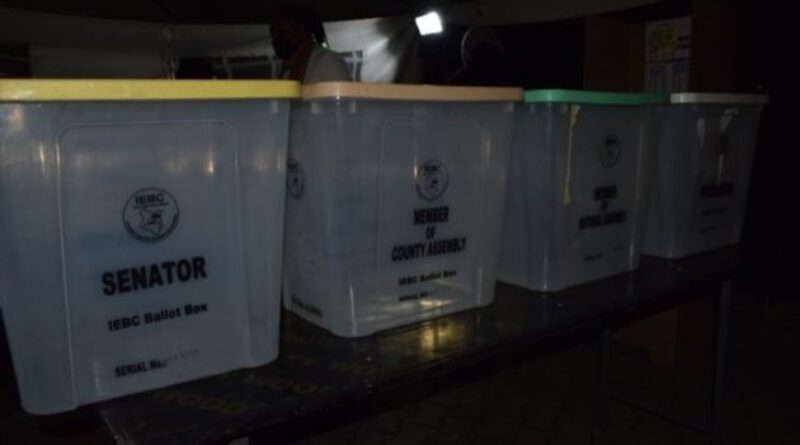 Nairobi — The Independent Electoral and Boundaries Commission (IEBC) has announced enhanced measures at the Bomas of Kenya during the verification of presidential results in a bid to expedite the process.

In the revised rules of procedure, the electoral body’s commissioner Abdi Guliye stated that only chief presidential agents from the four presidential candidates and their assistants will be allowed in the auditorium.

On two instances, the verification process was almost disrupted as political leaders from the opposing sides engaged in a scuffle.

“We have made changes in the access to the tallying center as we will only allow chief presidential agents, their deputies and clerks to access this auditorium,” Guliye stated.

“Nobody else is allowed in this auditorium,” he added.

The announcement irked the political leaders and supporters inside the auditorium as some were heard shouting ‘no..no..no’ as they pointed at the commissioners.

This comes a day after the results verification process at the tallying center was brought to a standstill following scuffles between political leaders from Azimio la Umoja One Kenya and their counterpart in Kenya Kwanza Alliance.

This was after a disagreement over a strange computer device that was spotted in the tallying Centre.

It took the intervention of the IEBC commissioners to call the presidential agents from the four political camps for an urgent meeting.

In the meeting, the commission resolved to have only presidential agents and their assistants allowed in the floor of the auditorium where the verification is ongoing.