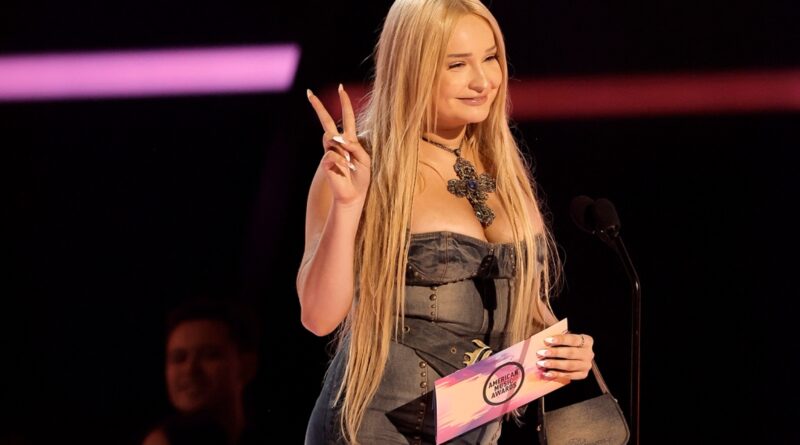 Petras took a moment to speak from the heart, following a tragic mass shooting at an LGBTQ nightclub on Saturday.

Before presenting the nominees in the 2022 American Music Awards’ best pop song category, Kim Petras took a moment to speak from the heart. Following the tragic mass shooting at an LGBTQ nightclub in Colorado Springs, Colo. on Saturday (Nov. 19), Petras paid tribute to victims and emphasized the role of pop music in gay clubs.

“I can’t stop thinking about Colorado today,” the “Unholy” singer began, “Gay clubs raised me, basically. And I can confidently say that no one loves pop music more than gay clubs. So, my heart goes out to you.”

On Saturday (Nov. 19), a 22-year-old gunman opened fire at Club Q, killing five people and injuring at least 18 others before he was subdued by patrons and arrested by police. The club released a statement on Sunday, nothing that they were “devastated by the senseless attack on our community.”

Petras told Billboard in 2018 that she is proud of her identity and wants to bring more visibility to the transgender community, but she has something else that she wants to prove as well. “I think the ultimate goal for me is if a transgender person can be known for anything but being transgender,” she said. “There are still too many people who think being transgender is very freaky. And they think you can’t live a happy life and try to tell their kids not to transition because they’re afraid their life will be harder.”

Throughout tonight’s AMAs, many artists have spoken out on the shooting, including host Wayne Brady and AMA new artist of the year winner Dove Cameron. The former Disney Channel star dedicated the victory to the queer community, saying, “On the heels of the tragedy that happened at Club Q in Colorado Springs, I want to remind everyone how important queer visibility is, and how important our community is,” Cameron continued. “And I want to direct your attention to organizations like GLAAD and The Trevor Project for what you can do right now. I want to remind you that you are made absolutely right, and you are so loved and so held, and I want to thank you for supporting me. Thank you for holding the space – I’m holding it for you, too.”