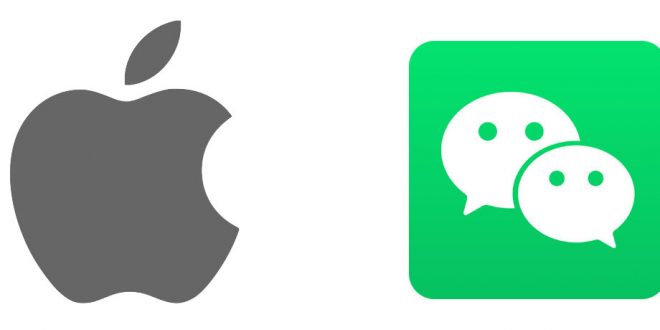 Kuo: Chinese iPhone Shipments Could Decline Up to 30% If Apple Forced to Remove WeChat From Worldwide…

In a worst-case scenario, Apple’s annual global iPhone shipments could decline by 25–30% if it is forced to remove WeChat from its App Stores around the world, according to a new research note from analyst Ming-Chi Kuo viewed by MacRumors. The removal could occur due to a recent executive order aiming to ban U.S. transactions with WeChat and its parent company Tencent.

Kuo lays out optimistic and pessimistic scenarios depending on whether Apple is only required to remove WeChat from the App Store in the United States or if the ban would apply to the ‌App Store‌ in all countries.

WeChat is extremely popular with Chinese mobile device users, essentially operating as its own platform on top of iOS and Android for many users, but the app is also widely used around the world and has over 1.2 billion monthly active users. Kuo argues that a worldwide ban on WeChat in the ‌App Store‌ would be devastating as a result.

Because WeChat has become a daily necessity in China, integrating functions such as messaging, payment, e-commerce, social networking, news reading, and productivity, if this is the case, we believe that Apple’s hardware product shipments in the Chinese market will decline significantly. We estimate that the annual ‌iPhone‌ shipments will be revised down by 25–30%, and the annual shipments of other Apple hardware devices, including AirPods, iPad, Apple Watch and Mac, will be revised down by 15–25%.

Under his optimistic scenario in which WeChat is only removed from the U.S. ‌App Store‌, Kuo predicts global ‌iPhone‌ shipments would be impacted by 3–6% with other Apple products being affected by less than 3%.

Apple does not break down its ‌iPhone‌ shipments by region, but overall, Greater China accounted for a little over 15% of Apple’s total revenue during the June quarter, making it a significant part of Apple’s business.

Kuo recommends that investors reduce their stock holdings of companies in Apple’s supply chain such as LG Innotek and Genius Electronic Optical due to the risks of a WeChat ban. It does, however, remain to be seen what will happen as the prohibitions laid out in the executive order do not take effect until September 20. As a result, there is still time for the order to be clarified, modified, or rescinded.

Update 1: 10:36 p.m. This article originally stated that the 30% decline was in reference to Apple’s total ‌iPhone‌ shipments, but the research note is not completely clear as to whether it refers to global or Chinese shipments. Given the Chinese share of Apple’s overall sales, it seems more likely to be referring to Chinese shipments.

Update 2: 1:21 a.m. Kuo has informed MacRumors that the 30% decline is in reference to worldwide shipments.

Note: Due to the political or social nature of the discussion regarding this topic, the discussion thread is located in our Political News forum. All forum members and site visitors are welcome to read and follow the thread, but posting is limited to forum members with at least 100 posts.