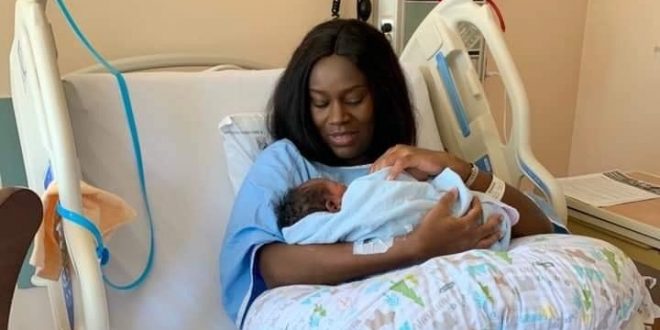 A photo of legendary singer Juliana Kanyomozi has been circulating all over the internet with congratulatory captions for her new bundle of joy!

This came after she announced the birth of her second child, a boy named Taj on Wednesday evening on her social media accounts that the baby was born Tuesday 12-05-2020.

This is the second son for the ‘Right here’ hit-maker after her first son Keron Raphael Kabugo who died in late July 2014.

Among the first people to congratulate the Tooro princess is; Singer Rema Namakula, Vampino, A Pass, Pallaso, Spice Diana Douglas Lwanga and lots of people on social media.