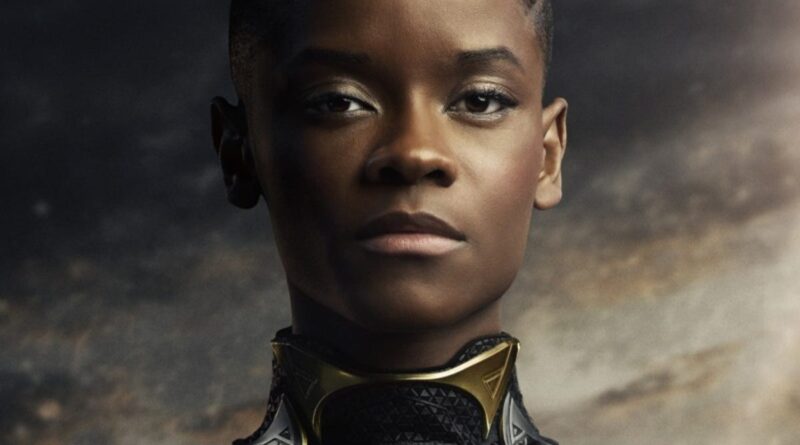 The end credits scene of Black Panther: Wakanda Forever is maybe Marvel’s best ever. The way it concludes the story of the film in such a touching, moving way while also setting the table for the future is simply a beautiful mix. And in a new interview, one of the main participants in that scene, Letitia Wright, spoke about what the scene meant to her, and what it was like preparing for it.

“That post-credit scene for me is another extension of the ways in which we wanted to honor Chadwick [Boseman], especially the role of T’Challa,” Wright said to fellow actor John Boyega in an interview for Variety. “In the movie that Chadwick was written into before he passed, there is a journey of a father and son relationship. When reading this, I could sense we had to find a way to continue the legacy of what T’Challa means to the world, especially to young Black men but to also allow for this feeling of forward movement and rebirth, a renewal. That scene messed me up.”

In the scene, the newly minted Black Panther, Shuri, heads to Haiti to mourn the loss of her mother and brother with their friend, Nakia (Lupita Nyong’o). While on a beach, Nakia brings down a young boy with her. His Toussaint (Divine Love Konadu-Sun) and we learn he’s the son of T’Challa and Nakia. And his name is actually T’Challa too.

Wright explained that she screen-tested with two young actors for the part but that Divine just stood out. “He had a little Chadwick mohawk,” she said. “There was a sensitivity about him. And there was just this feeling in the room that this was the kid. This was him. Me and Lupita kept looking at each other like, ‘This is the kid.’ And I looked at Nate [Moore, producer] and Ryan [Coogler, director] I said, ‘This is him.’”

It was him. And the rest is not just history, it’s the future. “That scene is beautiful because it represents what the future will be,” Wright continued. “It represents the ways in which we can continue the role of T’Challa for future generations.”