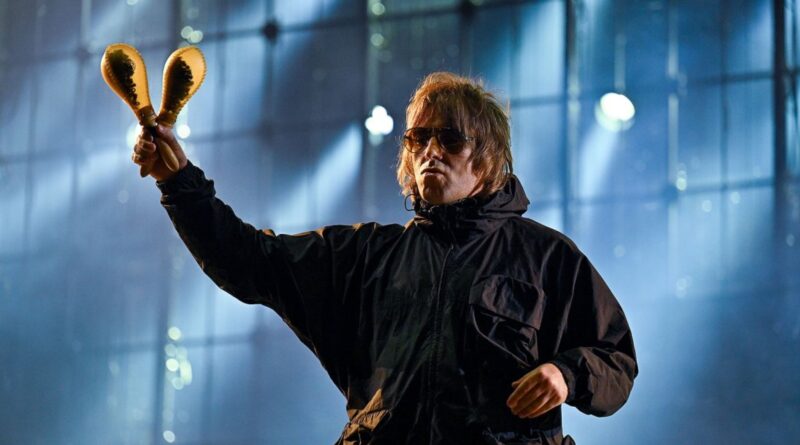 Liam Gallagher is on track for his fourth post-Oasis U.K. No. 1, with C’Mon You Know (Warner Records).

The Manchester singer leads the midweek chart with his third and latest solo album, and he’s poised to dethrone Harry Styles in the process, as Harry’s House (Columbia) dips 1-2.

Gallagher already has chart crowns with 2017’s As You Were, 2019’s Why Me? Why Not and 2020’s live effort MTV Unplugged, and, with Oasis, a perfect seven No. 1s from seven studio albums.

If C’Mon You Know holds its ground when the Official U.K. Albums Chart is published Friday, Gallagher will draw level with his older brother (and adversary) Noel, with eleven leaders.

The “Live Forever” singer looks set to dominate albums tally. At the halfway stage in the chart week, Liam also appears at No. 3 with Down By The River Thames, a recording of his December 2020 lockdown livestream.

Close behind is Def Leppard’s Diamond Star Halos (UMC), the Rock Hall-inducted British band’s twelfth studio album. It’s set to enter the chart at No. 4, for what would be the Sheffield band’s first Top 5 album since Slang from 1996 — 26 years ago.

Elsewhere on the Official Chart Update, Will Young’s career retrospective 20 Years: The Greatest Hits (Sony Music CG) is on target for a No. 5 bow, for what would be the Pop Idol alum’s tenth Top 10 album; while Canadian pop artist Tate McRae is set to start at No. 7 with I Used to Think I Could Fly (Ministry of Sound).

Sex Pistols’ The Original Recordings (UMC), a collection of the English punk icons’ 1976-1978 tracks, is fired up for a No. 8 entry. The LP comes ahead of the re-release of 1977’s “God Save The Queen” this Friday (June 3) in time for Queen Elizabeth II’s Platinum Jubilee celebrations, and the arrival of Pistol, Danny Boyle’s biopic of the group’s guitarist Steve Jones, on Disney+.

Finally, ABBA climbs the midweek chart following the premiere of the ABBA Voyage residency in London. The Swedish pop legends’ Gold: Greatest Hits rises 18-11 on the chart blast, while the foursome’s 2021 chart-leading comeback effort Voyage (Polar) could return to the Top 40, at No. 28. Gold has logged a record-setting 1,047 weeks (and counting) on the Official U.K. Albums Chart.