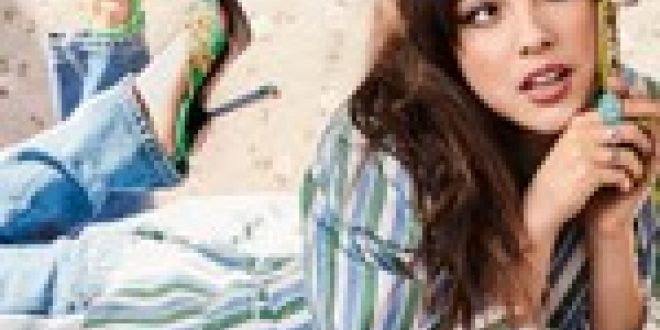 So far, Rodrigo says she’s very happy with the fit. “I really just trust and value their input,” she says of the team at Geffen. “I’ve done a good job of surrounding myself with people who are really honest with me and can help me make my music instead of just being like, ‘Yeah, you’re perfect!’ Because I hate that. Like, that’s my least favorite thing in the whole world.”

In early April, Rodrigo posted a snapshot of a parking ticket she had recently received from the city of Los Angeles to her Instagram story: “damn this driving s–t isnt all fun and games,” read the quippy caption. “I parked on street cleaning day,” she explains a few weeks later, still incredulous at her own naiveté. “I remember being like, ‘Huh, nobody’s parked on this street. Oh, well!’ So stupid.”

Writing one of the most popular songs of all time on the subject of driving tends to mean you’ll forever be associated with motor vehicles. For her part, Rodrigo’s fine with her pop cultural place behind the wheel — some young fans even write to her asking for advice about their own driver’s tests. “Driving in the car is like my favorite thing — any time I’m stressed out, I just get in the car and drive around aimlessly and listen to music or something,” she says. (She says a few car companies have reached out about using the song in commercials, though no such licensing deals have been struck to date.)

Though Geffen announced her signing only three days before the song’s release, Rodrigo first played them “drivers license” last August. The label was immediately taken with it. “When ‘drivers license’ came in, we were like, ‘Whoa, we got one here!’ ” says Sam Riback, co-head of A&R at IGA. “Obviously we didn’t know the level of bigness, but we knew it’d do well.” Rodrigo, however, says she was convinced of the song’s power when she played it for her father in — where else — the car: “I could just see the tears under his sunglasses — and I like, never see my dad cry, ever. I was like, ‘Oh, OK, maybe I did something here.’ ”

Seeing people react to her music in person is still a novelty. Apart from a lone TV performance on The Tonight Show Starring Jimmy Fallon, Rodrigo experienced her debut smash mostly through stat updates and celebrity co-signs viewed on her phone — she was ensconced in Utah, under strict COVID-19 protocols, while filming the second season of High School Musical: The Musical: The Series. “While everything was happening, I was literally doing the same thing [as always],” she says. “Going to set, doing my statistics homework and then going to sleep.”

“Drivers license” wasn’t a song that needed much of a promotional boost from Rodrigo. It received countless covers and reinterpretations, both through scores of amateur musicians on TikTok and more established artists like pop-punk social media star Jxdn. Saturday Night Live even dedicated an entire skit to the song — on Rodrigo’s 18th birthday, no less — with a bar full of male cast members discussing the song’s lyrics and belting along to its towering bridge. “It was really crazy to see [how much] it started to impact culture,” says Matt Morris, part of Geffen’s A&R team. “People where I’m from were talking about it — people reaching out to me that I hadn’t talked to in 10 years.”