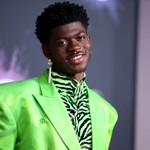 Montero will, of course, contain the hit single “Montero (Call Me by Your Name),” which blasted to No. 1 on the Billboard 100 in April, his second leader after “Old Town Road” ruled for a record 19 week in 2019.

Earlier this week, Lil Nas X (real name Montero Lamar Hill) was named chief impact officer at Taco Bell, as part of an alliance that will see the fast-food chain support the new album release in its marketing and across its outlets.

The Georgia native has been hinting at his album for several months, without sharing cold, hard details. Until now.

In June 2021, he revealed his first full-length album would be “coming soon.

Columbia has yet to share the official tracklist, though Lil Nas X’s “Industry Baby” collaboration with Jack Harlow, and the previously released “Sun Goes Down,” will feature.