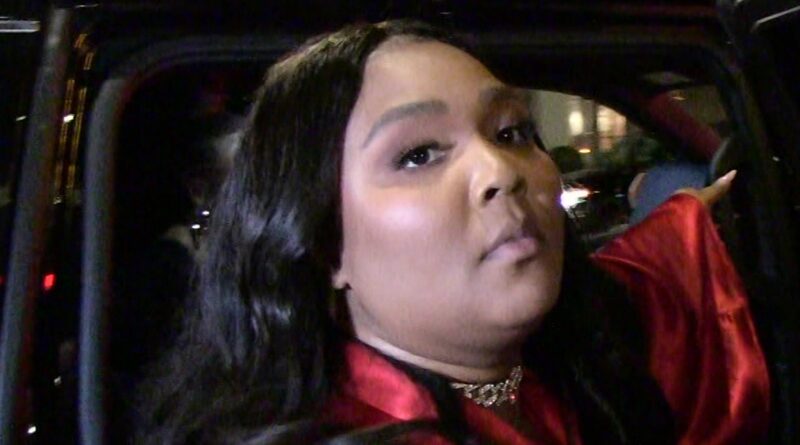 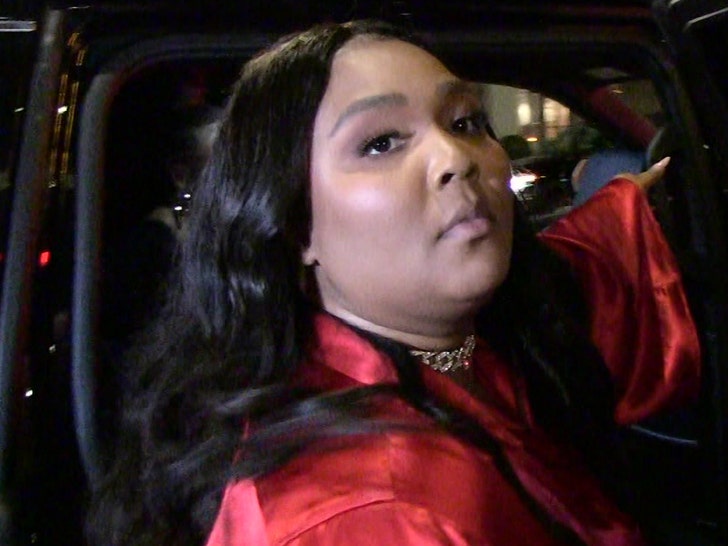 Lizzo‘s changing a controversial lyric in her new song after online backlash … acknowledging words have power and saying she doesn’t want to promote derogatory language.

Here’s the deal — Lizzo dropped her new single, “Grrrls,” Friday and caught a ton of flak on social media for including the term “sp*z” in the lyrics.

Lizzo’s original opening verse went like this … “Hold my bag, bitch/ Hold my bag/ Do you see this s***?/ I’m a sp*z/ I’m about to knock somebody out/ Yo, where my best friend?/ She the only one I know to talk me off the deep end.”

After getting tons of heat over the weekend, Lizzo announced Monday she’d heard the concerns, listened and made a change.

Lizzo says she’s had tons of hurtful words directed at her over the years because she’s a self-proclaimed “fat black woman in America” … and says she understands the power words can carry. 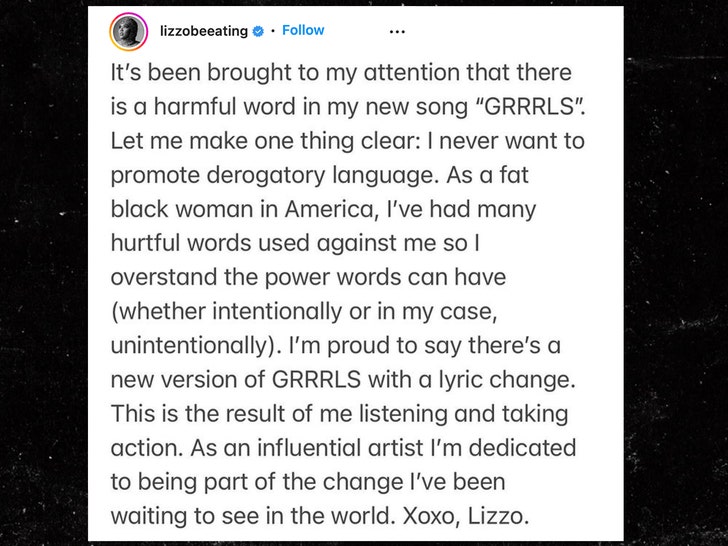 She maintains there was no harmful intention behind the original lyrics and says she’s proud to make a change for a new version of her song, which samples “Girls” from the Beastie Boys.

Lizzo adds … “As an influential artist I’m dedicated to being part of the change I’ve been waiting to see in the world.”