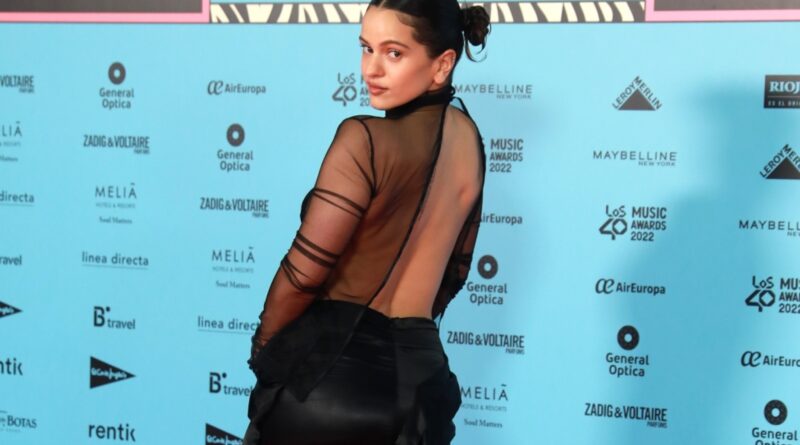 Another red carpet in the books. This time, in Madrid for Los40 Music Awards, which took place Friday (Nov. 4) at the WiZink Center.

Before heading into the awards show ceremony, artists such as Rosalía, Manuel Turizo and Pol Granch, among others, strutted the alfombra roja with their stunning and high-fashion looks that were captured on camera.

Spain’s very own Rosalía turned heads with a classy long black dress with a twist: a cutout on the top part of the outfit that semi-exposed her arms and stomach that were covered with mesh-like fabric. Meanwhile, Turizo was dressed in a modern-vintage three-piece that was composed of oversized burgundy slacks, a bicolor vest that was paired with a sweater-like blazer. To add another layer of coolness, he accessorized his outfit with black platform shoes and a silver chain with a pendant.

Los40 Music Awards, produced by the Los40 radio station, are fan-voted awards. They were launched in 2006 in celebration of the station’s 40th anniversary. This year, the awards were broken into three categories: Spain, International and Global Latin.